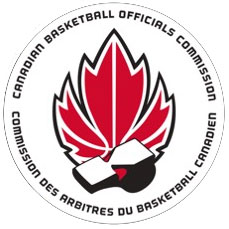 TORONTO, Ont. (May 5, 2020) – Canada Basketball announced today the successful merger of the Canadian Association of Basketball Officials (CABO) into the Canadian Basketball Officials Commission (CBOC).
“The merger and integration of CABO into Canada Basketball’s CBOC is a key step in strengthening the alignment of basketball in our nation,” said Glen Grunwald, President & CEO of Canada Basketball.  “This merger will help to improve the performance and delivery of officiating in our sport, through an aligned governance model which will enhance the experience for all participants by making basketball safer and more efficient.”
“In addition, I’d like to extend thanks to the Executive and National Council of CABO for their leadership and vision required to make this merger a reality,” Grunwald said.  “Ensuring we have enough licenced and qualified officials to service the games will be a crucial step as basketball continues to experience tremendous growth across the country.  We look forward to continuing to work with other stakeholders across Canada to unify our basketball nation through further alignment.”
CBOC is a committee under the auspices of Canada Basketball that promotes, advocates for and provides a transparent, accountable and consistent governance structure for the organization, administration, growth and development of basketball officiating and basketball officials throughout Canada.
“We are pleased to have achieved this historic milestone, where we can move forward to create a Canadian basketball officials landscape where officials are not only integrated into Canada Basketball, but also united and aligned with all stakeholders in basketball,” said Morgan Munroe, President of the Canadian Association of Basketball Officials.  “Officials will benefit from the increased resources of Canada Basketball and CBOC which will further the creation of an inclusive culture that empowers officials with a consistent and clear philosophy that supports growth and development no matter where they are from in the country.”
This merger will also allow for the creation of a new transparent governance structure that will advocate for all provinces and territories across the country, where all members are committed to continuous improvement of Canadian officials and officiating.
In addition, the CABO-CBOC merger will work to establish a transparent communication system, where all stakeholders are informed of CBOC policies, programs, opportunities and decisions through consistent messaging across the country.
Furthermore, the CBOC is committed to strengthening the relationship and further the alignment between the committee, FIBA and FIBA Americas.
This merger not only supports Canada’s vision to be a world leader in official’s performance, development and leadership, but also in education, establishing a pathway that supports the learning and development of Canadian officials from prospect to elite level.
The following four officials have been appointed transitory CBOC Commissioners and will serve on the inaugural CBOC Executive Council, effective May 1, 2020:
These representatives will hold their positions until the first election, which is scheduled to take place in conjunction with the 2022 CBOC Annual General Meeting.
In addition, the CBOC Executive Council will have three appointed commissioners, each of whom shall be a representative of one of three designated Basketball Partner Organizations:
The CBOC, which was originally established in November 2015 to help strengthen the alignment between players, coaches and officials in Canadian basketball, is being re-established through the merger of CABO into the CBOC model in a further attempt to lead and empower officials by developing programs and pathways including a focus on recruitment and retention.
Source: http://www.basketball.ca