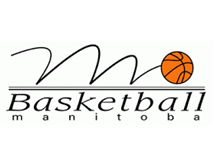 If your Basketball Manitoba registered team is travelling to a destination OUTSIDE of Manitoba for a basketball tournament or exhibition games, please submit this completed form to Basketball Manitoba 2 days prior to your departure. By completing this form, we are able to extend the basketball Accident and Liability insurance coverage your team currently has in Manitoba to you outside the province.

It is still strongly recommended that all people travelling o the US carry additional travel insurance through carriers such as Blue Cross.

Basketball Manitoba members include all teams from...

If a Manitoba based basketball league or organization is not listed below, it is not covered under the Basketball Manitoba insurance plan

If a travel permit is not completed 2 days prior to departure, the team will not have insurance coverage for that event.  For more information on the Travel Insurance Plan that Basketball Manitoba has, please go to http://insurance.basketballmanitoba.ca

Note: Travel Insurance Coverage is only available to current members of Basketball Manitoba. There is no additional fee associated in submitting this form.

Questions on this form or the insurance program, in general, can be directed to Adam Wedlake by email at adam@basketballmanitoba.ca.

A confirmation will be sent to your email with a summary of your submission for your records.