Home About About Basketball Manitoba

Basketball Manitoba is the Provincial Sport Organization for basketball in the province of Manitoba.  Managed by a Board of 10 Directors elected by its members, the Board is tasked with ensuring that all Manitobans have access to the programs run by the association and that the game of basketball is enjoyed by as many people possible!

Basketball Manitoba was incorporated on October 29, 1976 and is responsible for the promotion and development of basketball in Manitoba and our members include players, coaches and referees which are registered through their respective associations.

Manitoba is located in central Canada and is the fifth largest province in the country.  It is the easternmost of the three Prairie provinces.  Its capital and largest city (containing over one half the provincial population) is Winnipeg. Other cities and towns include Brandon, Thompson, Dauphin, Swan River, Churchill, The Pas, Selkirk, Portage la Prairie, Gimli, Flin Flon, Steinbach, Morden, and Winkler.

Dedicated to the promotion and development of basketball in Manitoba.

Basketball Manitoba values itself as an organization that emphasizes integrity, respect and inclusion in the pursuit of excellence.

Basketball Manitoba is responsible for the promotion and development of basketball in Manitoba. It includes:

Basketball Manitoba's office is located in room 324 in the Sport Manitoba building, which is located at 145 Pacific Avenue (at Lily St.) in downtown Winnipeg. Office hours are Monday through Friday between 8:30 am to 4:30 pm.  The office is closed for all statutory holidays.

Packages and deliveries can be left at the main floor reception desk at 145 Pacific Avenue between 8:00 am to 9:00 pm, Monday to Friday and most Saturdays between 9:00 am and 5:00 pm.

The Canada Games Sport for Life Centre Parkade is accessible off of Alexander Ave (see below map).  The parkade rates are $2.00 per hour and $1 for every 30 minutes after.  During the day, street parking is metered and costs $2.50 for 2 hours. After 5:30 pm, there is FREE unlimited street parking available in the building area.  There is area paid surface lots in the area which are managed by Impark.  See a live area parking map here. 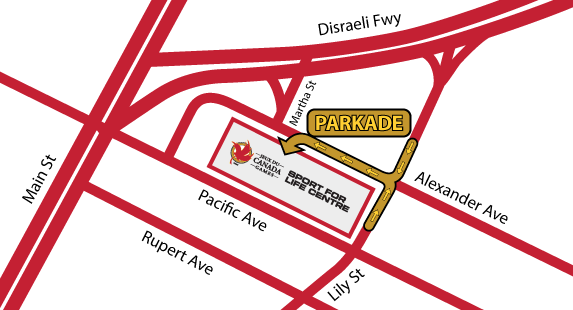 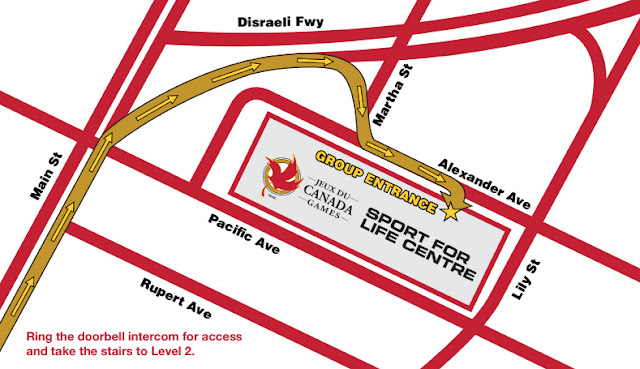 The Canada Games Centre has five AEDs. Here's where you can find them, in case of an emergency:

Past Presidents of Basketball Manitoba

Past Executive Directors of Basketball Manitoba