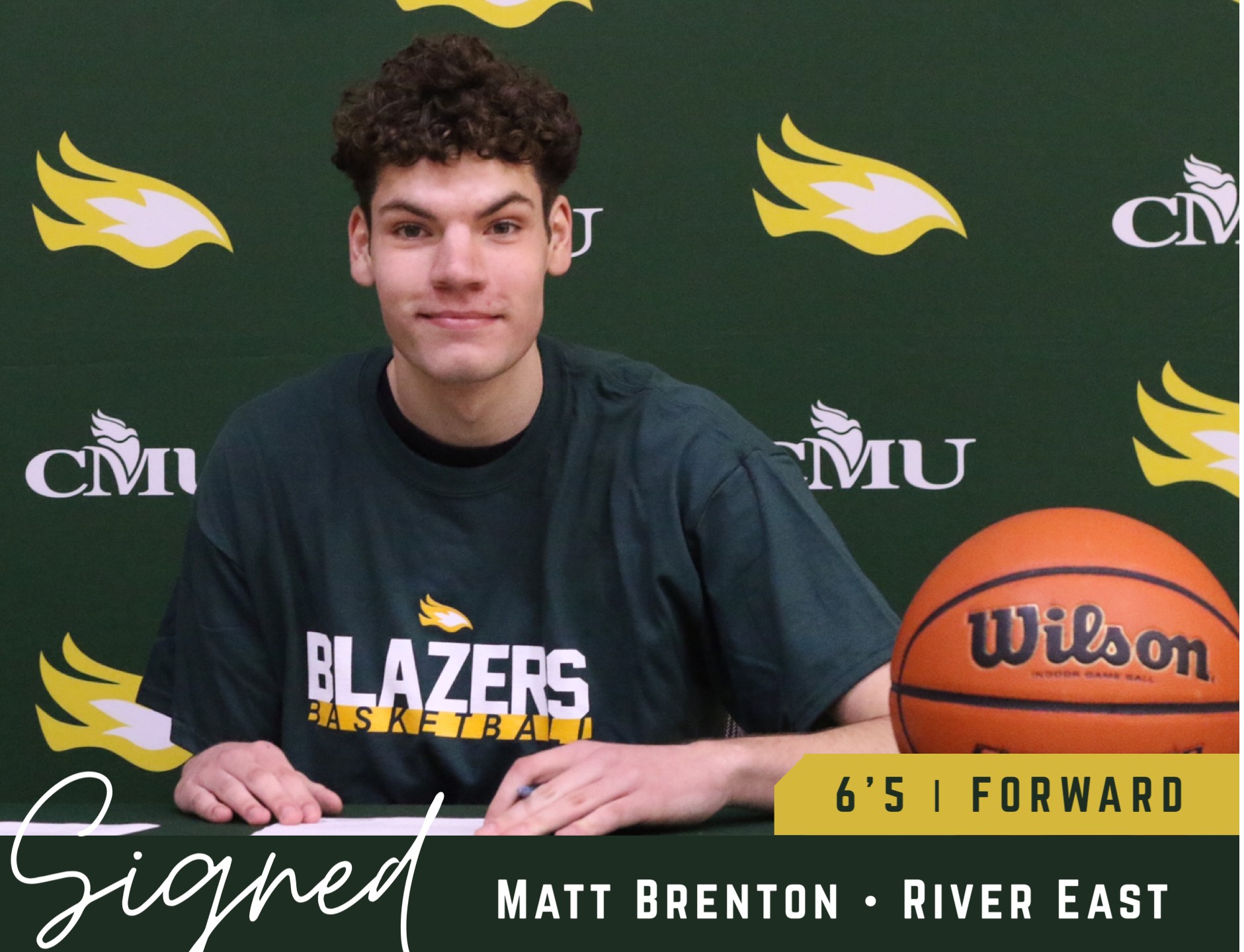 After a year away from competitive basketball, former River East Kodiak Matt Brenton recently made his commitment to return to the court for the 2020-21 season with the CMU Blazers.
Standing at a true 6'5, Brenton will fill a key void for the Blazers, who fielded a rather undersized roster in 2019-20. On top of that, the newest signee is a strong rim-protector and rebounder who has the ability to run the floor and finish. "Matt is a long, athletic player who is just starting to bloom," said CMU head coach Scott Martin, who has been working at getting Brenton to the Blazers since last summer. "He has all the tools to be a great player and the potential to be a key contributor for us."
Brenton transitioned his sport focus from hockey to basketball in his Grade 11 year of high school, joining the Winnipeg Wolves club basketball program in 2017. Among his coaches with Wolves, Chiranjit Goswami was especially pleased with the developing skills of his left-handed inside player and is eager to see Brenton take another step on the court this year when he suits up for the Blazers. "It is good to see an athlete from our program who works really hard and has dedicated a lot of time to improving himself continuing his basketball journey with CMU."
Brenton will reunite high school teammate Isaiah Cole who enjoyed a stellar rookie campaign with CMU in 2019-20. Cole was recognized as his team's Rookie of the Year after leading the Blazers in scoring in his first season and finished fourth among all scorers in the NIAC conference.
The Blazers are scheduled to begin their 2020-21 Northern Intercollegiate Athletic Conference regular season on November 6-7 against the FLBC Conquerors and Turtle Mountain Mighty Mikinocks at home in the Loewen Athletic Centre.
Source: https://athletics.cmu.ca/2020/05/06/blazers-add-size-to-lineup-with-river-easts-brenton/