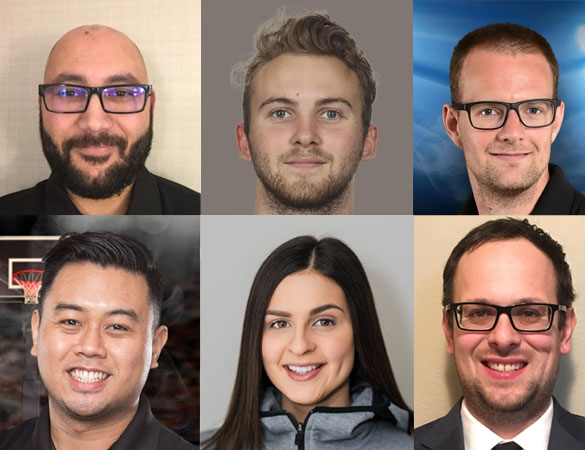 Basketball Manitoba is very pleased to announce its Provincial Team Program coaching line up at the 17U, 16U and 15U level for the summer of 2019.  This summer, the program will feature a total of 6 teams at the male & female 17U, 16U and 15U teams.  The head coaches of the teams (and pictured in order above from the left to right) are Marlin Kraus (17UM), Micheal Tan (17UF), Zach Giesbrecht (16UM), Sonia Radi (16UF), Jonathan Janzen (15UM) and JP Beauchemin (15UF).

Tryouts for all the teams will take place on May 24-26, 2019 at the University of Winnipeg Duckworth Centre.  Details on the tryouts will be announced in early March.

Both male and female 16U teams will represent Manitoba at the Western Canada Summer Games in Swift Current, SK also in early August 2019.

Each spring and summer, Basketball Manitoba coordinates provincial teams at the 17U and 15U age categories for both male and female athletes.  All ages are based on December 31 of the year the tryouts occur.

The teams will be selected from open tryouts May 24-26, 2019at the University of Winnipeg and any Manitoba resident who is in one defined age categories are eligible and welcome to try out. Once the teams are chosen, they train and compete together through June and July and participate in their respective National or Western Basketball Championships.