The Manitoba teams competing in this opportunity will be the winning male and female 14U teams from the Basketball Manitoba Club Provincial Championships May 10-13, 2018.  Registration for that event will open later in February.  They will play a one game qualifier against the winning teams from Saskatchewan on Saturday June 2 at the Canada Games Sport for Life Centre with the winners moving on to the Canadian Championships. Additional details will be announced in the coming weeks.  Subscribe to the Basketball Manitoba email newsletter to be informed when details get set.

The Jr. NBA World Championship, a first-of-its kind global youth basketball tournament for the top teams ages 14 and under from around the world, will have boys and girls divisions, each comprised of 16 regional teams. Two brackets separated into eight U.S. and eight international teams will compete in a round-robin competition followed by single-elimination tournaments.  Winners of the U.S. and international brackets will play in the championship game on Aug. 12. 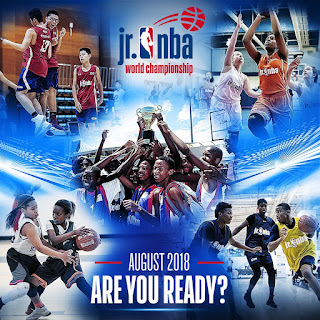 “We’re excited to partner with the NBA on the Jr. NBA World Championship Canada Regional,” said Michele O’Keefe, President & CEO, Canada Basketball.  “Club-based national championships are yet another important step in the alignment and development of youth basketball in our country and will complement both our 15U and 17U provincial national championships.”

The four winning teams and Ontario will compete at the Jr. NBA World Championship Canada Regional Finals on June 15-17, 2018, in St. Catharines, ON at Brock University and the Meridian Centre to determine the top boys and girls teams. 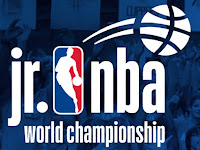 All coaches participating in the Jr. NBA World Championship Canada Regional will be required to be trained in Canada Basketball’s National Coaching Certification Program.  The qualification process is in line with Long Term Athlete Development principles with implemented minimum playing time. Games will follow FIBA rules adjusted to eight minute quarters due to the age and stage of development. Youth at the Jr. NBA World Championship will not only compete on the court but will also receive off-court life skills education and participate in NBA Cares community service projects.  There will be clinics at this level offered in Manitoba this coming May.

About the NBA
The NBA is a global sports and media business built around four professional sports leagues: the National Basketball Association, the Women’s National Basketball Association, the NBA G League and the NBA 2K League, set to launch in May 2018.  The NBA has established a major international presence with games and programming in 215 countries and territories in 50 languages, and merchandise for sale in more than 125,000 stores in 100 countries on six continents.  NBA rosters at the start of the 2017-18 season featured 108 international players from a record 42 countries and territories.  NBA Digital’s assets include NBA TV, NBA.com, the NBA App and NBA League Pass.  The NBA has created one of the largest social media communities in the world, with 1.4 billion likes and followers globally across all league, team, and player platforms.  Through NBA Cares, the league addresses important social issues by working with internationally recognized youth-serving organizations that support education, youth and family development, and health-related causes.

About the Jr. NBA
The Jr. NBA presented by Under Armour is the league’s youth basketball participation program that provides a fun environment for kids to learn the fundamentals and values of the game.  The Jr. NBA is focused on helping grow and improve the youth basketball experience for players, coaches and parents, and offers a free curriculum covering all levels of the game that includes 48 practice plans and more than 250 instructional videos featuring NBA and WNBA players.  The Jr. NBA World Championship, a first-of-its kind global youth basketball tournament for the top 14U boys and girls teams from around the world, will take place in August 2018.

In partnership with USA Basketball, the NBA developed the first set of youth basketball guidelines in October 2016, with an emphasis on player health and wellness.  Through a network of affiliated youth basketball organizations and programs, the Jr. NBA program has reached more than five million youth ages 6-14 in the U.S. and Canada since launching its expanded efforts in October 2015.  The Jr. NBA partnership network is comprised of youth basketball programs of all NBA, WNBA and NBA G League teams as well as elementary and middle schools, military bases and longstanding community partners.  For more information and to register for the Jr. NBA, visit www.JrNBA.ca or download the Jr. NBA app.