Basketball Manitoba is pleased to share the news that Winnipeg basketball player Daniel Sackey has made his plans for the 2018-19 season public in committing to the NCAA Division 1 Men's Basketball program at Valparaiso University.  He made his news public on his Instagram and Twitter accounts. 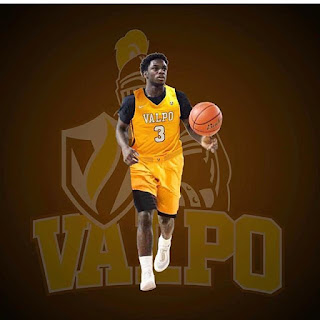 Sackey is currently playing for Thornlea in the Ontario Scholastic Basketball Association.  Sackey, 18, last suited up for Team Manitoba in the summer of 2016 when Manitoba hosted the Canada Basketball national Championships at the University of Winnipeg, finishing 4th overall.  Before leaving Winnipeg to play in both US and Canadian prep school programs, Sackey was a  member of the Kelvin Clippers. Last spring, he was selected to the BioSteel All-Canada Game, an event which showcases the top basketball players in Canada.

Daniel suited up for Team Canada in 2016 as a member of the national Cadet team, along with fellow Manitoban, and current Arizona Wildcat Emmanuel Akot.

The Valparaiso Crusaders men's basketball team represents Valparaiso University in Valparaiso, Indiana. The basketball team competes in the Missouri Valley Conference, having joined that league in 2017 after 10 seasons in the Horizon League.   The team last played in the NCAA Division I Men's Basketball Tournament in 2015.  Lead by head coach Matt Lottich, the Crusaders currently sports an 11-12 record on the season.

Basketball Manitoba and the entire Manitoba basketball community congratulates Daniel on his new opportunities with Valpo this fall!