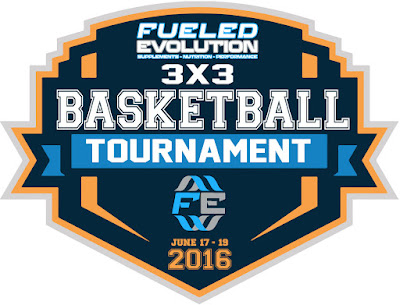 THIS WEEKEND: Fueled Evolution is very excited to announce their first annual 3x3 basketball tournament being held in Winnipeg on June 17-19 at the University of Winnipeg’s Duckworth Centre. Don’t miss your chance to be a part of history and show the city you’ve got game. The Fueled Evolution tournament will be open to males and females, ages 8 and up. Skill levels from recreational to Top Gun are welcome to play this fast-paced and skillful game.

The event will use the FIBA 3x3 Planet online interface which includes the 3x3 World Player Ranking system. Cost to register a team of four is $110 or $150 for the men’s Top Gun division with prizes available for winners in each category. Deadline to register a team is June 15th.

A portion of the proceeds from the tournament will be donated to Cancer Care Manitoba. In addition, the tournament will serve as a fundraiser to support 3x3 Acceleration Performance, a local 3x3 basketball team representing Winnipeg on a global stage.

Team Acceleration is a 3-on-3 basketball team from Winnipeg, Manitoba. The team was formed in 2014 to play in the FIBA 3x3 circuit with the goal of qualifying for the FIBA 3x3 World Tour. In their first season, they traveled to several qualifiers in Canada and the United States and qualified for the 3x3 Americas Masters Tournament in Chicago, Illinois. After finishing ninth in the tournament, goals were set to return for a stronger season the next year.

In 2015, Team Acceleration was once again successful in qualifying for the 3x3 Americas Masters Tournament in Mexico City. With a year of experience behind them, they battled their way to the semi-finals, successfully beating teams from San Juan, Mexico City, and Ottawa along the way to a fourth place finish.

Their training and preparation for the upcoming season has already begun as Team Acceleration is diligently preparing themselves for the numerous qualifying tournaments they intend to participate in. With their new goal of traveling worldwide for qualifying tournaments, there are numerous costs associated. In order for Team Acceleration to have the opportunity to return to the global stage, they require assistance to offset the costs of their travel. This tournament is an attempt to raise support for travel costs for this season, allowing them to continue their training and preparation. Funds raised go directly to Team Acceleration and will be used in their goal to represent Winnipeg and Canada in the FIBA 3X3 circuit and World Tour.