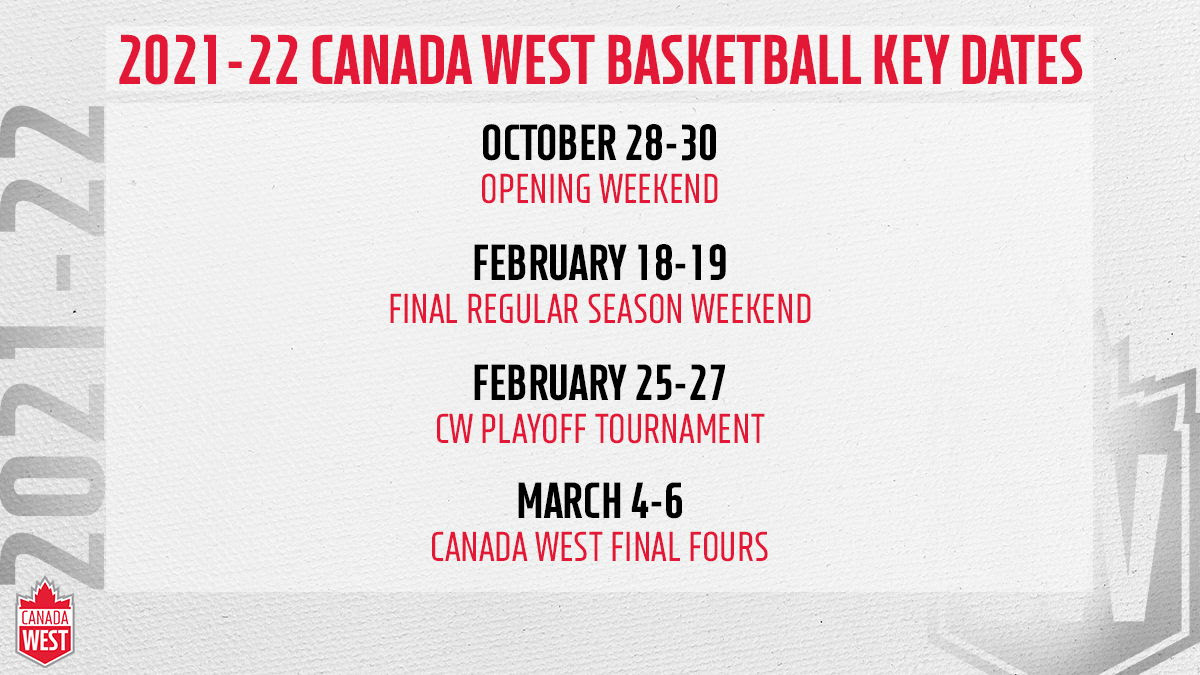 VANCOUVER –  The Canada West announced its 2021-22 basketball schedule on Friday, with the season set to tip off October 28.

The UBC Thunderbirds will host the Trinity Western Spartans on a Thursday night to begin the conference season with a full slate of games scheduled for opening weekend, October 29-30.

As announced by the Canada West May 5, conference play will have a different look in 2021-22. Teams will play an exclusively regional schedule within three divisions. The schedule also includes two conference wide bye weeks to allow for the rescheduling of any games, if necessary. Schools will battle it out all season long for seeding in the new CW playoff tournament.

The tournament, which features all 17 members, will take place over two weekends with the Final Fours set for March 4-6. Hosts for both the men's and women's tournaments will be determined at a later date. The Final Fours will be hosted by the highest remaining seeds.

The Saskatchewan Huskies women's team, coming off of back-to-back conference titles in 2018-19 and 2019-20, will get its campaign underway on the road against the Brandon Bobcats. Defending men's champions, the UBC Thunderbirds, don't have to wait long to begin their title defence with an opening night matchup against Trinity Western.

Fans looking to watch the action in 2021-22 on Canada West TV presented by Co-op will be able to buy passes beginning in August when 2021-22 packages go on sale to the public.

More specific announcements on this news can also be found on these websites...