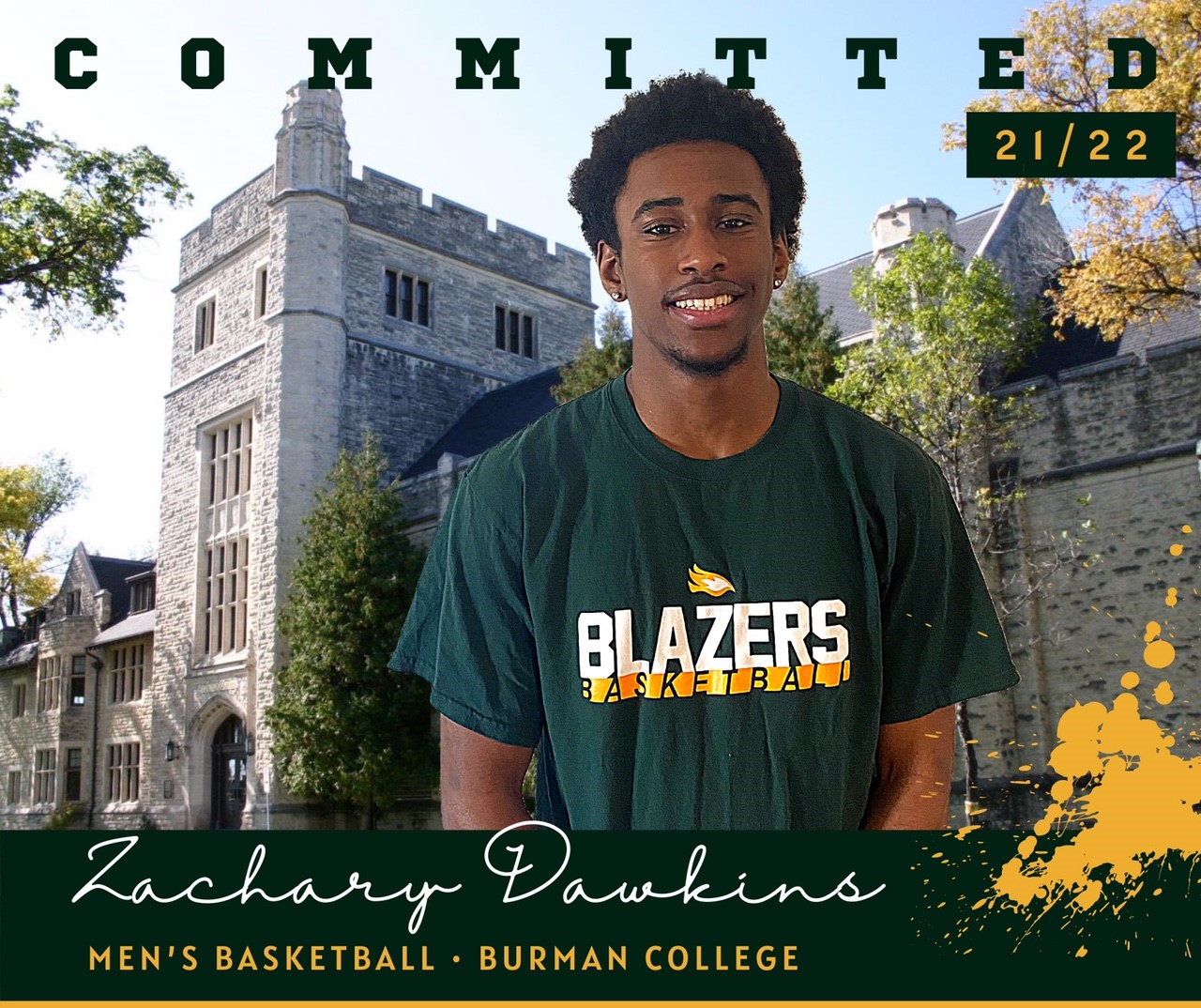 CMU Men's Basketball head coach Scott Martin, is already very excited with what he has seen from his first signing of 2021, Zachary Dawkins. The 6'1 scorer joins CMU with one successful season of post secondary basketball already in the books after Dawkins was selected a conference all-star in Alberta's, Prairie Athletic Conference (PAC) in 2019-20.

A major offensive producer in his rookie campaign for Burman College, Dawkins had led his Lacombe-based team to an undefeated season and had the Bobcats on the verge of a conference championship before the Covid-19 pandemic settled into North America and forced the cancellation of the PAC playoffs last March.

"Zach is a high-end offensive player with experience that will be valuable to us," said Martin when asked about his recent commit. "He possesses a lightning-quick release on his 3-point shot and I think Zach will be a big scorer with a high ceiling in our conference. I am expecting big things."

Dawkins' high school basketball was also played in Alberta where he starred for Edmonton Christian High School. The 2019 grad helped his team to a Division 2 City Championship in his junior year. As a senior, Dawkins and Edmonton Christian moved up to compete at the Division 1 City level and went on to qualified for and win the Alberta Tier 3 Provincial Championship.

"I am honestly just very excited just to compete again as we've been without basketball and competition for a while now due to the pandemic," said Dawkins. "I'm also excited to put my talent on display for CMU, perform well, and hopefully make a splash in the conference next year."

A number of question marks still surround vaccination progress and the opening of the US border for international travel in the Northern Intercollegiate Athletic Conference (NIAC), nevertheless, plans are well underway for a conference schedule that would open play in late October. Unable to compete this season, five members of the nine team cross-border conference took part in some form of a 2020-21 season and all signs point to a strong schedule forthcoming for CMU's rebound season in NIAC.

The Blazers will also be competing north of the border in the Manitoba Colleges Athletic Conference, where they will be welcoming the return of a men's basketball program at Université de St-Boniface in 2021-22. Les Rouges have not seen basketball played at the varsity level on their campus for over two decades, and the program's rebirth suggests positive momentum at the college level in the province.