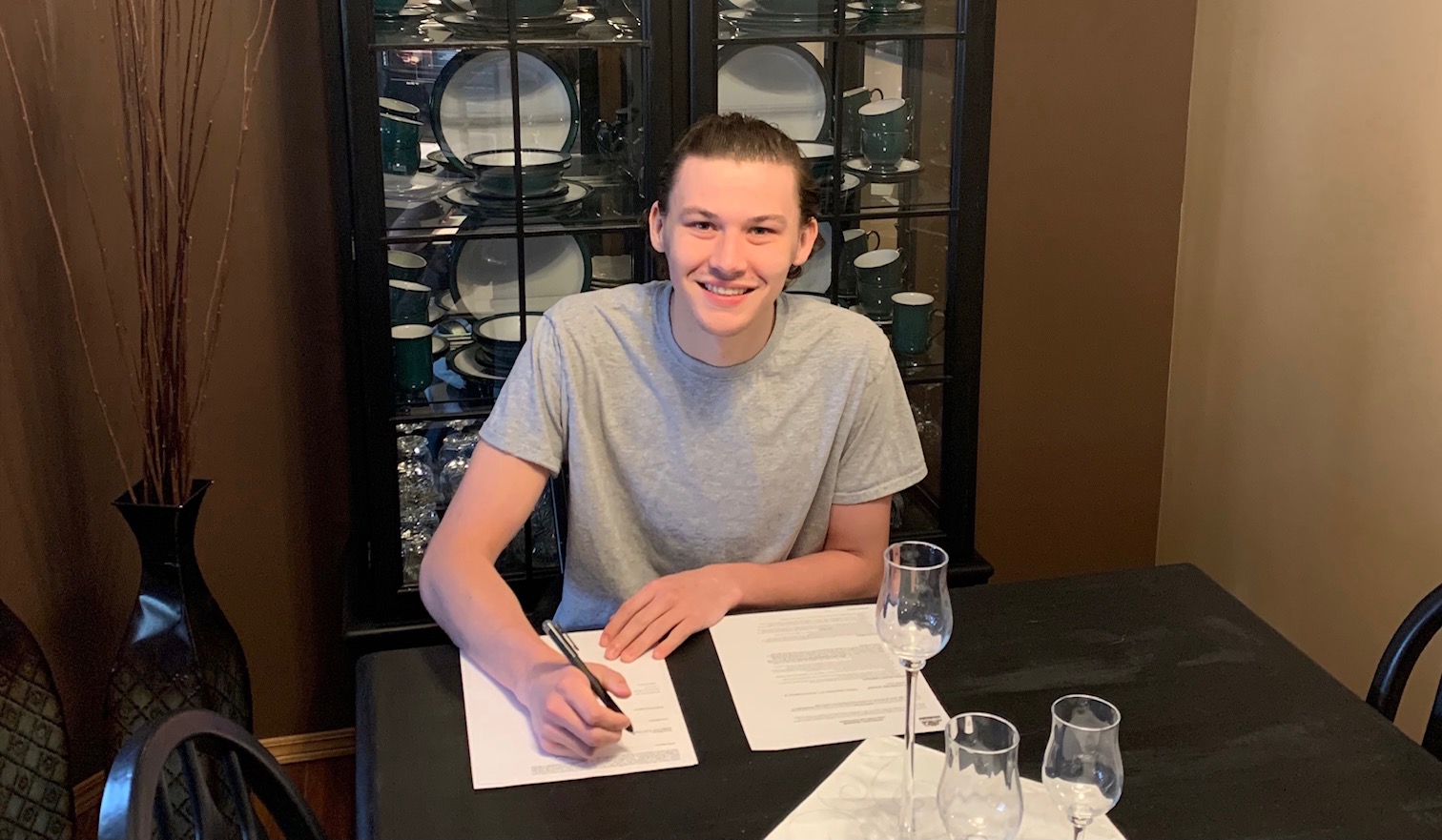 Dakota Collegiate has announced that Matthew Foreman has signed a letter of intent to play basketball at the University of Calgary for the upcoming season.  Matthew has been a key figure in all of the teams he has played on at Dakota and was recently named to the Top 10 in the Winnipeg Sun Coaches Poll which mentioned he is "athletic and plays above the rim, deadly mid-range game with three-point range, competitive leader of the Lancer squad".

Matthew's coach at Dakota, Dean Favoni commented, "He is an excellent defender, scores in a variety of ways and brings a determined intensity to games and practices."

Matthew is a member of the Winnipeg Wolves basketball club and had suited up for Team Manitoba in the past.  He will join older brothers Mason and Marcus who are also with the Dinos squad.