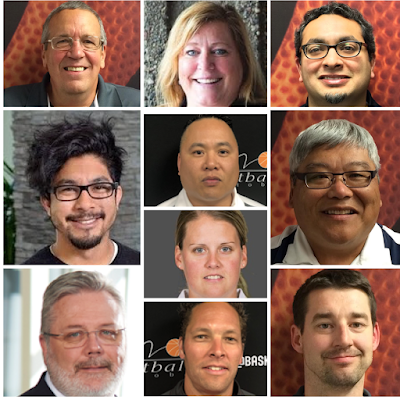 Basketball Manitoba hosted its 44th Annual General Meeting on Tuesday, June 9 and the evening saw the election for its Board of Directors for the upcoming 2020-21 year.  The meeting that was held virtually online saw the election of Arlyn Filewich, Chiranjit Goswami, Glenn Matsumoto, Kirby Schepp and Ross Wedlake to serve on the Board for another 2-year term.  Following the AGM, the new Board reappointed Ross Wedlake in the role of President, Chino Argueta in the role of Vice President and James Dark in the role of Treasurer.

The full Basketball Manitoba Board of Directors for 2020-21 will be... (VIEW BOARD BIOS)

The meeting also saw the formal presentation of the 2019-20 Basketball Manitoba Audited Financial Statement and a number of other reports from the Directors and Staff.  All documents presented at the AGM can be found below.

To close the evening, the group openly discussed the return to play protocols tied to the current pandemic that has closed down all formal basketball activities.

The meeting was attended by representatives from...

You can view the entire AGM Package that was distributed electronically at the meeting below
or by CLICKING HERE...