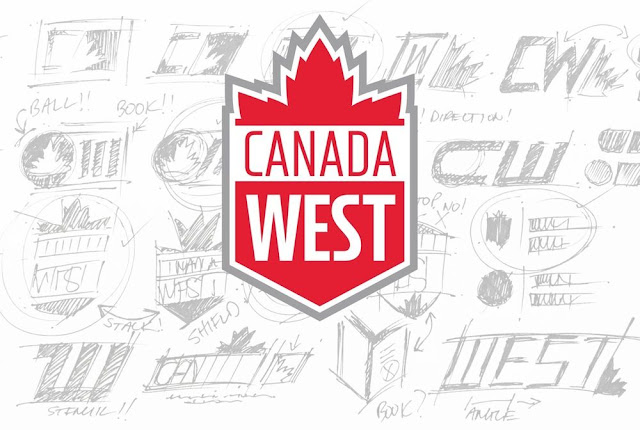 EDMONTON – As Western Canada continues to work through the ongoing impact of COVID-19, university sport will look very different this fall across British Columbia, Alberta, Saskatchewan, and Manitoba.

Canada West announced Monday that no conference competition (regular season, playoff, or championships) will occur in football, men’s and women’s soccer, women’s rugby 15s, and women’s field hockey during the first term of the 2020-21 season.

All of the decisions announced Monday were ratified unanimously through a vote of Canada West’s 17 member universities on Friday.

The decision to cancel first term competition in team sports also impacts men’s and women’s hockey, men’s and women’s volleyball, along with men’s and women’s basketball. The aforementioned sports traditionally span both the first and second terms, but conference play in these sports will commence no sooner than January 2021, with a decision on the matter being made by October 8th.

Canada West’s announcement came on the same day as both Atlantic University Sport (AUS) and Ontario University Athletics (OUA) announced their own first term cancellations, which were made independently by each conference's Board of Directors.

Nationally, U SPORTS also announced the cancellation of all U SPORTS first term national championships, as decided by the U SPORTS Board of Directors. The national governing body also made an announcement pertaining to athletic financial aid and eligibility, ensuring student-athletes will not be negatively impacted by the cancellation of their respective seasons.

"The challenging nature of today's announcement can't be understated. As a former student-athlete and coach I feel deeply for everyone who won't be able to experience the joys of university competition this fall," said CW president and University of Victoria athletic director Clint Hamilton.

"While cancellation isn't the outcome anyone associated with university sport wanted, I'm confident in the fact that this difficult decision is in the best interests of our student-athletes. Health and safety is at the forefront of everything we do and simply put there was no way to adequately ensure the safety of everyone involved in university sport during competition this fall."

Over the last several weeks Canada West’s COVID-19 Task Force has been working to inform the conference’s Board, who based on the Task Force’s report recommended the cancellation of first term competition. The Board's recommendation was subsequently supported through a unanimous vote of CW members.

The COVID-19 Task Force was comprised of CW Board members representing each province, along with medical professionals, including Dr. Steve Martin (University of Victoria varsity sports medicine physician and CW representative on the U SPORTS medical committee).

“The Task Force undertook significant discussion and research to inform our recommendations with public health considerations, specifically minimizing risk for both individual participants and the general public, at the core of our work," said Martin.

"By and large, sport competition provides a high-risk environment for the transmission of COVID-19. While other areas of society continue to mitigate risk through new guidelines, sport provides a challenge in this regard as any risk mitigation would render many sports unrecognizable.”

While professional sports leagues continue to explore options for a return to competition, the resources they will have at their disposal to minimize the risk of infection will not be the reality for Canada West members when the transition from training to competition eventually occurs.

With respect to CW members returning to training, those decisions will be made individually by members and will be based on university policies and guidelines from their respective provincial health authority.

USPORTS, the national brand of university sports in Canada, announced Monday the cancellation of its six 2020 fall national championships and modifications to eligibility and scholarship regulations in response to the COVID-19 situation.

“U SPORTS has been working hard with the four conferences, our 56 member institutions and medical experts to examine the feasibility of delivering the fall national championships this season,” said Lisette Johnson-Stapley, U SPORTS Chief Sport Officer.  “Taking into account the academic realities of university sport, we arrived at a point where a tough decision had to be made.”

The decision comes as a result of the on-going uncertainties with student-athlete health and safety, travel and public health restrictions that affect parts of the country and different curriculum delivery models being proposed on the campus of its 56 member universities.

“Although the Canadian sport system is working together to create evidence-based return to training, practice and competition protocols, it is not currently feasible or safe due to the COVID-19 Pandemic for U SPORTS to be able to offer fall championships given the academic realities of student-sport,” said Dr. Taryn Taylor, U SPORTS Chief Medical Officer and representative on the Own the Podium Return to Sport Task Force. “We continue to work with public health officials across the country to examine possibilities for return to play for the winter 2021 term.”

Since March, U SPORTS has been working with the four university sport conferences (Atlantic University Sport, Réseau du sport étudiant du Québec, Ontario University Athletics and Canada West) in order to identify ways to deliver university sport to Canadians in the COVID-19 environment. As a result, AUS, OUA and Canada West made announcements today concerning modifications to their competition structures for the 2020 fall term, while the RSEQ continues to be in deliberations and will announce their plans in the near future. U SPORTS and the conferences continue work on a plan for the delivery of the 2021 winter season. An announcement about those plans is expected in the fall.

As a national multisport organization that is based in an academic setting, U SPORTS made changes to exemptions and qualifications pertaining to athletic scholarships (officially known as Athletic Financial Awards, or AFAs) and eligibility.