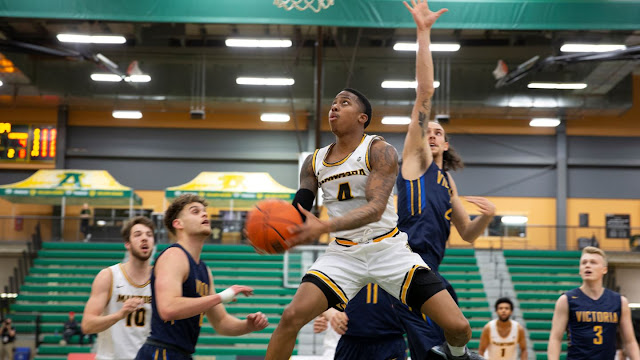 Leading a historic season for the Bisons men, Browne averaged a career-high in points (19.6 PPG) that ranked third in CW. The 6'1" guard also finished third in assists (99), first in free throw attempts (121), and ninth in minutes per game (33.0). On the defensive end, Browne tallied 27 steals.

"Rashawn has had an outstanding senior season for us this year," said Bisons head coach Kirby Schepp. "He is one of the best point guards to ever play in our program and it is nice to see him get the recognition he deserves."

The Bisons finished the 2019-20 regular season with a record of 16-4, the program's best since joining Canada West as full members. Their season ended in the conference semi-final round, as they were beat in overtime by the Alberta Golden Bears.