Wesmen Basketball Prepares for First Round of Canada West Post-Season 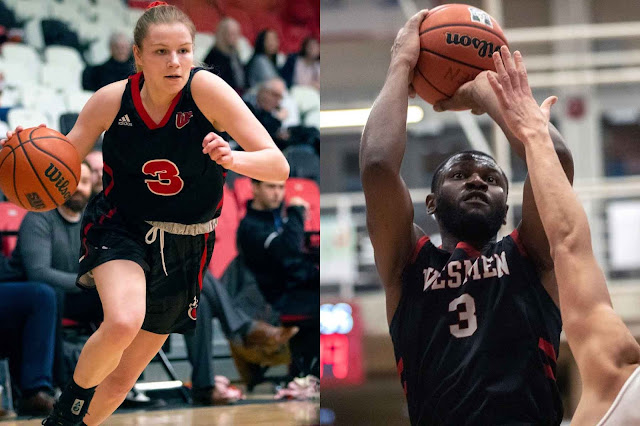 WOMEN'S PLAYOFFS: Winnipeg Hosts Manitoba Friday at 7:00 PM: The Winnipeg Wesmen basketball teams will both be in action when the Canada West conference playoffs begin on Friday.  The Wesmen women's team will host the Manitoba Bisons at 7 p.m. at the Duckworth Centre.  The men's team, meanwhile, will be on the road in Abbotsford, B.C. to take on the Fraser Valley Cascades at 10 p.m. CT.

Both match-ups are one-game play-ins with the winners advancing to the conference quarter-finals.
Tickets for the women's game are available in advance online at wesmen.ca/tickets.
.
The men's game can be viewed online at canadawest.tv.
.
The women's team is making its fourth straight playoff appearance while the men's team is in the post-season for the eighth straight year.