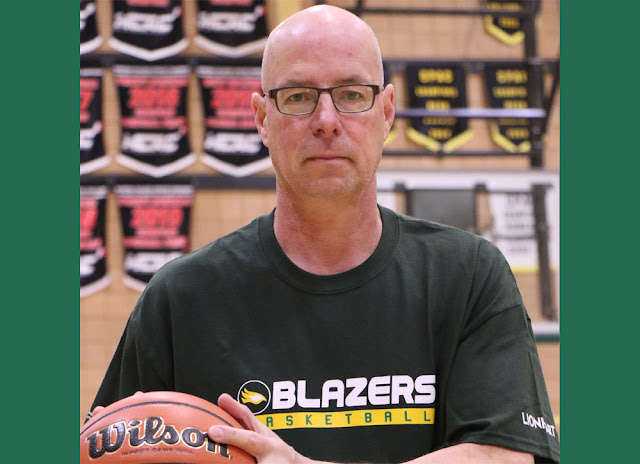 Success has followed Martin through twenty-seven years of coaching at the elite high school level at Winnipeg's Sisler High School where the recently retired teacher co-ordinated the Pre-Employment Program while teaching high school Business since 1991.

"These are exciting times for basketball at CMU," stated Willms. "Scott is a leader whose mindset, drive and experience with the game is not just about coaching a team, but about building a program and engaging with players, recruits and the community. Of course our aim every season is to have our team win a NIAC championship and to develop our overall competitiveness in cross-conference Canadian competitions, but we intend to do this while growing and developing basketball in Manitoba and working with local high schools and club programs to see talented players stay in Manitoba and earn university degrees and college certifications at home. I look forward to seeing Scott's impact as he begins his journey here."

Martin's playing career spanned five seasons at the University of Manitoba, where he competed with the Bisons in the CIAU (USports) and the Junior Bisons in the Manitoba Colleges Conference from 1982 to 1987. After graduating with honours, Martin landed at Tec Voc High School where he took over the Junior Varsity Boys program before moving to Sisler where his coaching success continued to blossom, winning numerous division championships, a 'AAAA' Provincial Championship in 2006 and earning the Basketball Manitoba Awards 'AAAA' Boys Coach of the Year selection in 2000, 2006 and 2013.

Martin's drive to develop further in his coaching led him to the Manitoba Basketball Provincial Program from 1993 to 1997 where he led his home province to two silver medal finishes with the under-17 boys at Western Canadians and a 4th, 6th and 7th place finish with the under-19 boys at Canadian National Championships. A lifetime basketball-educator, Martin is returning to the Provincial Program this summer where he is working again with the 2019 roster of under-17 boys.

The new men's basketball head coach is already up and off the ground, meeting with returning players and connecting with recruits about the program. The 2019-20 NIAC regular season schedule and the Blazers non-conference preseason schedule will be announced later this summer.