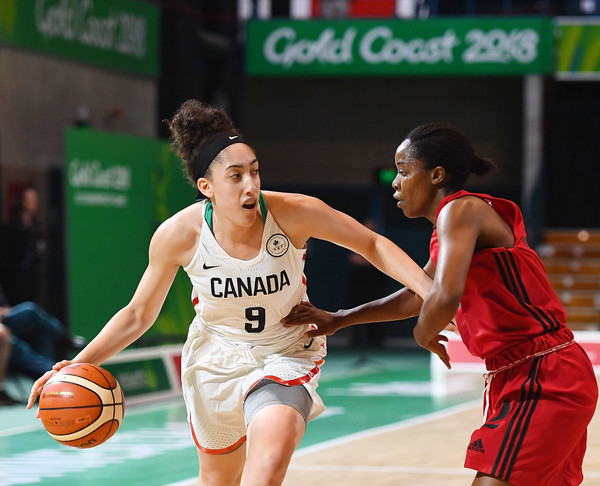 TORONTO, ONT. (July 12, 2018) - Canada Basketball has announced the 20 athletes invited to the U18 women's national team invitational tryouts and training camp at York University from July 14-28.  The list of invitees include Manitoba's Niyah Becker.  Niyah was a member of Team Canada at the Commonwealth Games team that competed in Australia back in April.  She will be heading to the University of Utah this fall for her first year with the Utes.

"We have a strong group of athletes who are ready to compete in preparation for the FIBA U18 Women's Americas Championship," said Head Coach Claire Meadows. "It is always an honour to be able to represent your country as we look to qualify a Canadian team to the FIBA U19 Women's Basketball World Cup 2019"

Following the end of the invitational tryouts and training period, the team will depart for Mexico City, Mexico to begin their quest for a gold medal in the FIBA U18 Women's Americas Championship 2018.

A full list of athletes and coaches can be found below. Tryouts and training camp are closed to the public. Media are invited to post-practice scrums on the following dates:

*All times are EDT and subject to change