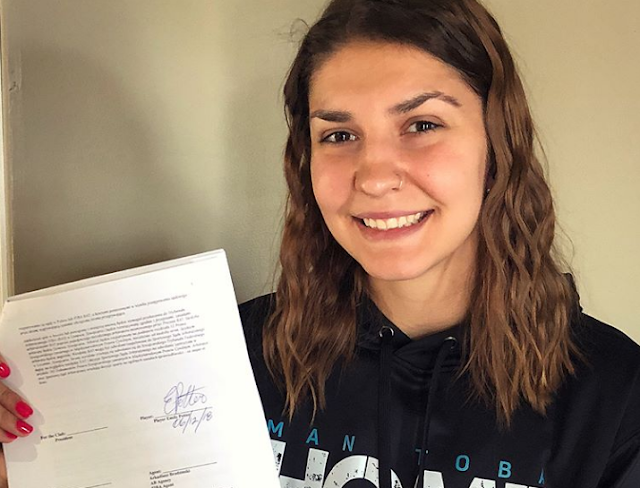 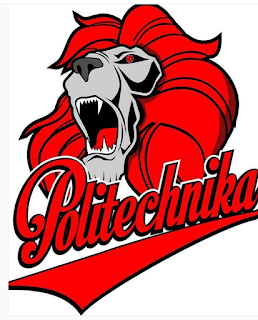 Winnipeg's Emily Potter today made the announcement on her social media accounts that she has signed a contract to play professional basketball in Poland later this summer.  She will be suiting up with the Politechnika Gdanska Basketball Club.

Its been a busy spring for Emily as she was recently invited to the training camp of the WNBA's Seattle Storm and just last week on the invite list for Canada's National Senior Team.

Sportowa Politechnika Gdanska (1Liga) landed 22-year old Canadian ex-international forward Emily Potter (198-95, college: Utah). She played in the summer at Seattle Storm (WNBA). The last season Potter played at the University of Utah in NCAA in the NCAA where in 32 games she averaged 12.1ppg, 7.3rpg and 1.7bpg. It was a very successful season in her career as she was selected to CoSIDA NCAA Division I All-Academic 1st Team, CoSIDA NCAA Division I Academic All-District 8 2nd Team and All-Pac-12 Honorable Mention.

Potter just graduated from University of Utah and it will be her first season in pro basketball.
She was also a member of Canadian international program for some years. Potter played for Canadian Senior National Team between 2013 and 2016 and previously for U17 National Team back in 2012.

Potter's game is described as: Potter, a graduate of Utah, left the program boasting school records in single-season (89) and career blocks (215), and she was the first player in Utah women?s basketball history to register 1,500+ points, 1,000+ rebounds and 200+ blocks in a career. During her senior season, Potter was named All-Conference and All-Defensive honorable mention by the Pac-12 coaches, and she capped her college career ranked 11th in scoring (1,635) and fifth in rebounding (1,037). Potter?s final three seasons at Utah saw the Utes make consecutive trips to the WNIT, including a third-round appearance in 2016.