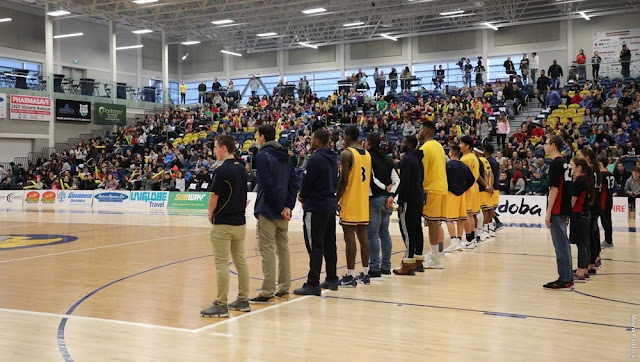 BRANDON – The Bobcat basketball teams will take on a long-time provincial rival to open their 2018-19 Canada West season this fall.

Brandon will welcome the Manitoba Bisons to the Healthy Living Centre on Friday, October 26. Tip-off is 6 p.m. for the women's game and 8 p.m. for the men's contest.

Brandon and Manitoba met in the opening round of the men's basketball playoffs last season with the Bobcats being edged by the Bisons in a one-game series.

"The Bobcats and Bisons have a long history of intense games and the season opener will be no exception," said BU coach Gil Cheung. "Manitoba ended our run last year and we look forward to the chance of exacting some revenge and getting off to a good start in the process."


The Regina Cougars, Winnipeg Wesmen, Alberta Golden Bears/Pandas, UBC Thunderbirds and Mount Royal Cougars are also set to arrive at the HLC to battle the Bobcats.

The games against the T-Birds on January 18 will be in the afternoon to give schools in the area a chance to cheer on the Bobcats. Last season, over 1,000 students attended matinee contests through the highly successful School Program Initiative.

"We have really enjoyed the afternoon games. The schools bring a lot of energy to the gym and we appreciate their support," said women's coach Novell Thomas. "These types of programs are a great promotional tool for the Bobcats and serves as an outstanding educational opportunity for young students. It's a win-win for everyone."