Duncan, Wagner, Nkiasi Among Those Presented Scholarships by Sport Manitoba 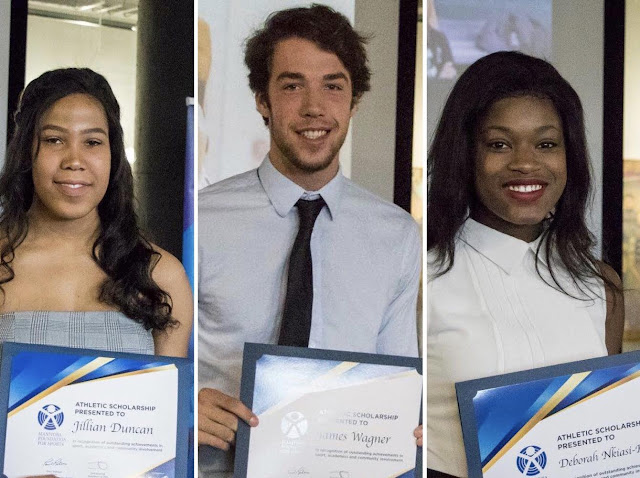 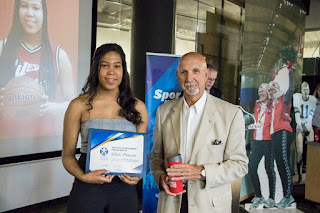 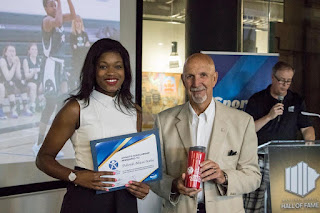 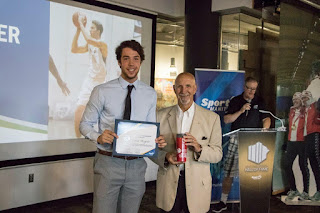 This year’s recipient is Jayden Kyryluk of Winnipeg. Through hard work, dedication, and fortitude, Jayden’s grade 12 average was 92%. He is attending U of M this fall to pursue a Commerce Degree. He was a member of Football Manitoba’s U18 team that went to national last summer and was named as a Top 50 player by CFC Canada.

Coaching Manitoba Bursaries
One male and one female each from Winnipeg and Rural Manitoba received a $500 bursary to be used toward their 2018-2019 tuition. The bursaries have been named after two special coaches in Manitoba: Silvio Sboto and Jeff Collins.

Princess Royal Pan Am Scholarships
One male and one female high performance athlete enrolled in a post-secondary institution in Manitoba each received $3,000 today.

Also presented were the Manitoba Sportswriters and Sportscasters Association (MSSA) Jack Matheson Award which provides $750 to post-secondary students who demonstrate an interest in a career in one or more of the following careers: sports writing, sports broadcasting, sports media production or sports public relations. The award is named in honour of the late Jack Matheson, a former Winnipeg Tribune sports editor and CJOB radio broadcaster. He was one of the first in Manitoba to hire graduates of post-secondary education programs for jobs in the sports journalism field.

There were two winners of this year’s Jack Matheson award.

Taylor Allen is a Vince Leah intern for the Winnipeg Free Press, and he does freelance work in a weekly series termed Hall Call. He also has served as a Winnipeg Jets/Manitoba Moose Press Box intern on game days and he is the Manitoba Sports Hall of Fame host for its weekly podcast. Allen was nominated for the best Journalism story by a first-year student in the RRC Creative Communications Media Awards in 2017, and was the recipient of the Don Wittman Memorial Award.

Declan Schroeder Schroeder has interned and produced web articles for TSN 1290, and worked on various audio features for the station. He is a sports columnist for the Projector newspaper at Red River College. Schroeder received an ‘A’ grade in Journalism in 2017, and also won the Eric and Jack Wells Excellence in Journalism award at RRC the same school year.