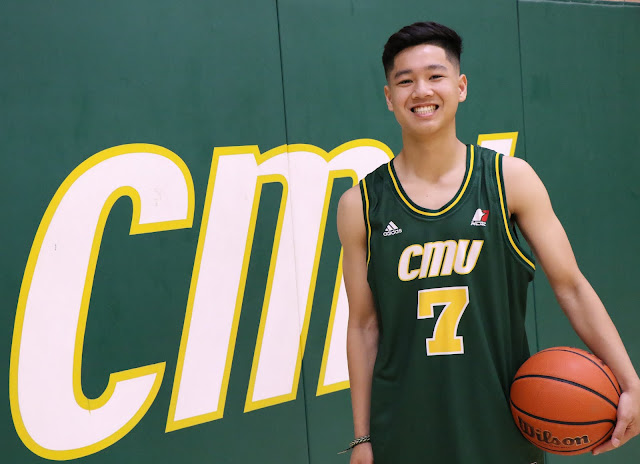 Canadian Mennonite University Men's Basketball has announce the commitment of Daniel McIntyre Collegiate's Binh Nguyen for the 2018-19 season after the 5'10 Guard signed his letter of intent to join the Blazers program earlier this month. Nguyen starred for the Maroons in his senior year averaging a double-double of more than 17 points and 10 rebounds per game while competing in the Manitoba High School's 'AAAA' Tier 2.

"Binh's greatest asset is his offensive decision-making," said CMU head coach Billy Isaac. "With the ball in his hands, he rarely makes a poor choice."

Nguyen was recognized for his outstanding play by being selected as a Winnipeg School Division All-Star and was later awarded the Maroons' Most Valuable Player.

As a member of Triumph in Winnipeg's club basketball circuit, Nguyen averaged 13 points per game in 2018 and helped his team advance to the Provincial Championship Final.

As the Blazers await the release of the 2018-19 Northern Intercollegiate regular season schedule to be announced later this month, Men's Basketball can confirm their opening preseason game to be played in Winnipeg versus Calgary's St. Mary's Lightning of the Alberta Collegiate Athletics Conference on September 28th. CMU has also been selected as the host site for the 2019 Manitoba Colleges Women's and Men's Basketball Championships coming to the Loewen Athletic Centre next February.