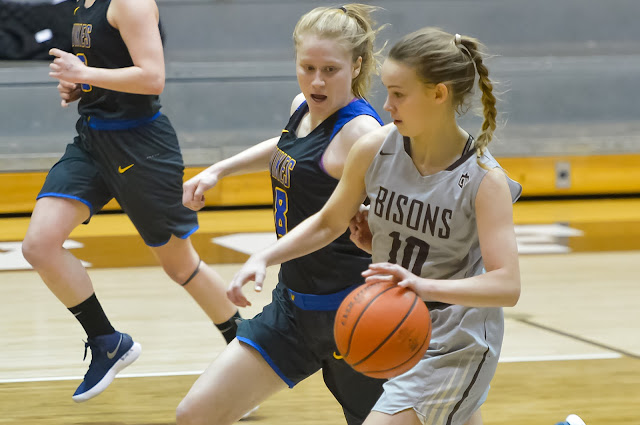 At the completion of the 2017-18 Canada West conference women’s basketball regular season, the Manitoba Bisons finished as the 11th seed in the conference with a 9-11 record and now will play at the seventh seed Alberta Pandas (11-9) in the Canada West Play-In playoff game played on Saturday, February 10.

The Play-In playoff game has a start time of 6 p.m. CT at U of Alberta in Edmonton.

During this season, Manitoba and Alberta did not meet in the conference regular season. The last time both teams played against each other was the 2016-17 season and Alberta swept the weekend regular season series as the Herd lost 72-68 (Nov. 25/16) and lost 77-49 (Nov. 26/16).

This is the first time the Bisons have made the post-season since the 2008-09 season and first time Bison women’s basketball head coach Michele Sung, in her fourth season, has guided the squad into the playoffs. In the 2009 playoffs, Manitoba lost the Canada West Division Semi-Final best-of-three series in three games on the road against Winnipeg.

The last time the Herd won a playoff series was in the 2006-07 season when Manitoba defeated Regina in two games during the 2007 CW Division best-of-three playoff series.

This is the first playoff meeting between the two teams since the Herd entered the Canada West conference in the 2000-01 season.