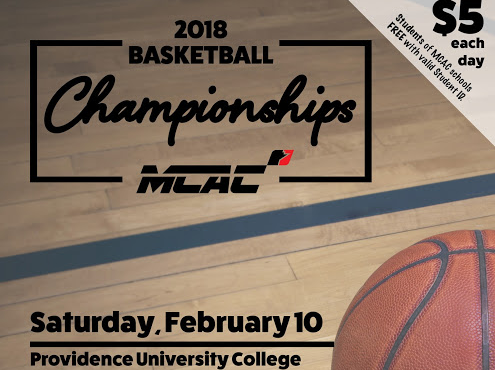 The Battle of Route 90 comes alive once again this weekend as both men's and women's Red River College Rebels and Canadian Mennonite University Blazers teams meet again in the MCAC Basketball Championships.


Men's Game @ 2:00 PM
The Blazers broke an unbelievable eight-year championship run for the Rebels last season as they took them down in a 77-68 upset, but they're a different team this year. Jaden Harms, who had 16 points and 13 rebounds in last year's championship, is the only returning starter for the Blazers, who have nine first-year players suiting up for them.

The Rebels find themselves in a similar situation with eight first-year players and big man Jasdeep Khangura as the only returning starter. Fourth-year guard, Christopher Demauleon-Bartoley has taken the reigns this season averaging a conference-leading 18.9 points-per-game and 21 three-pointers. Their x-factor will be newly acquired forward, Mark Ridd, who has been a beast on the boards in his first four games and hasn't had the chance to compete against the Blazers yet this season.

Series at a glance... 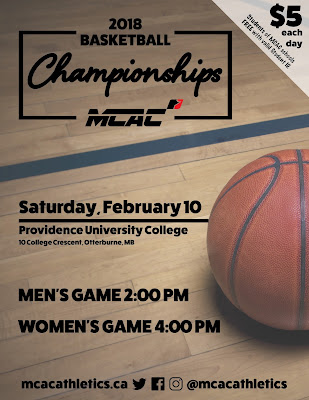 
Women's Game @ 4:00 PM
The Rebels look to make it seven-straight women's basketball championships this Saturday in a 2017 rematch against the Blazers after defeating them in last year's final 68-57. However, it's the Blazers that are coming into the last game of the season as heavy favourites.

The Blazers finished their season at the top of the conference with a 7-1 record, with their only loss coming against the Rebels in a 55-49 game in early January. Julia Schatkowsky and Jessica Marx-Houndle have led the Blazers, and the conference, with 12.1 and 11.8 points-per-game respectively. And fittingly, the Rebels Lacey Finnbogason and Zera Lynn Panesa are right behind them at 11.8 and 11.7 points-per-game.

Series at a glance...