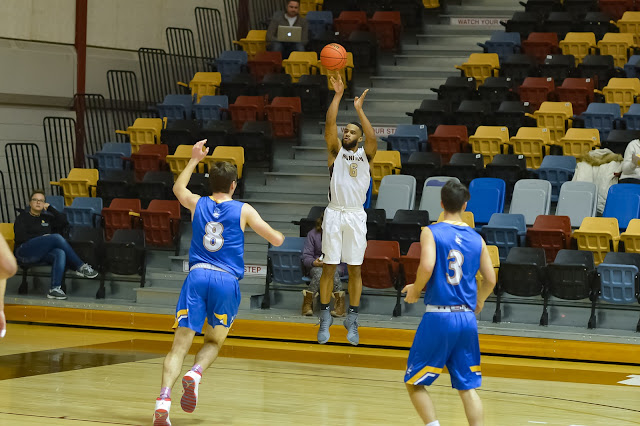 The 2017-18 Canada West men's basketball all-star and all-rookie teams were announced by the conference on Thursday, February 22. The University of Manitoba Bisons had one student-athlete honoured for his efforts.

The fifth year guard started in all 20 CW regular season games in 2017-18 season and was first Bison with this prestigious accomplishment of winning scoring title since the Herd joined Canada West in 2000-01 campaign. This season, the Montreal native was also co-captain for the second consecutive and in Canada West minutes played, Alleyn ended up third place at 35.6 plus finished fourth at 42.3% in Canada West 3-point percentage and Alleyn was also tied for ninth with 1.9 CW steals per game.

Bison head coach Kirby Schepp enthused, "A very well deserved honour to cap an outstanding Bison career for Justus. He will go down as one of the greatest to ever wear the Brown and Gold uniform. His worth ethic will leave a legacy on our program for years to come."