REMINDER: The newly forming North American Premier Basketball League (NAPB) has set its first date for an open combine for men to be hosted in Winnipeg on August 19 from 12:00 to 5:00 pm at the University of Manitoba Investors Group Athletic Centre.

The NAPB was be officially launched on July 6 at a press conference in Chicago, which will serve as the league’s headquarters.  To date, the NAPB has secured financial commitments from owners or ownership groups in three left-in-the-dust NBA cities — Seattle, Vancouver, and Rochester (N.Y.) — plus Las Vegas. Serious negotiations are underway with several other cities so that League Commissioner David Magley anticipates that when the league begins operations on January 1, 2018, eight to 12 franchises will be on the schedule. 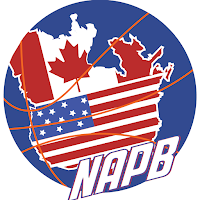