PUBLISHED ON May 08, 2017 Commitments, Headlines, Wesmen, 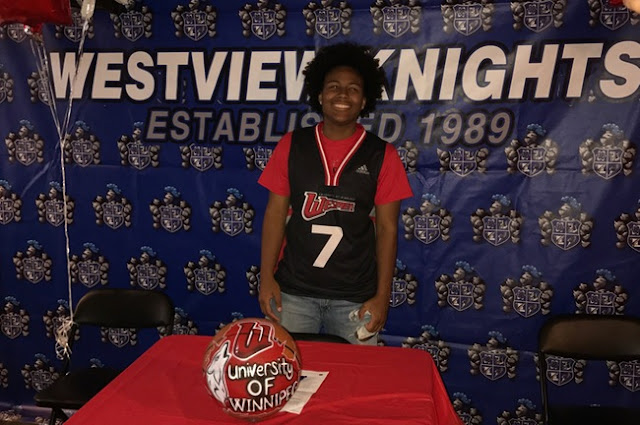 Wesmen Women's Basketball head coach Tanya McKay continues to add to her roster for the upcoming season. McKay has announced the commitment of Sierra Gallego (Avondale, Arizona) to the Winnipeg Wesmen Women's basketball program for the start of the 2017-2018 Canada West season beginning this September.

Gallego a 5'5" guard recently completed her final season at Westview High School where she averaged 17 points, three assists, three steals and three rebounds per game. A team captain this past season, she was selected First State All-Region in the 6A (D1) league.

"We are excited that Sierra has chosen the University of Winnipeg to continue her academic and basketball pursuits after high school. Not only is Sierra a tremendous athlete with an excellent upside, she is also a top academic student. Sierra, who will play both guard positions, will join fellow first year guard recruits Robyn Boulanger and Paige Davies as we wish to continue our up tempo style that we were known for last year which will be led by our 5th year guard Antoinette Miller", said Wesmen Women's Basketball head coach Tanya McKay.

Gallego currently holds a 3.7 GPA and plans on pursuing a degree in Psychology at the University of Winnipeg.

"Since joining our program, Sierra has been a tremendous asset as a ball handler, scorer and leader. With her game experience and basketball IQ, she was able to support the team through adversity on the court. She will be greatly missed next season", added Lisa Contreras, head coach Westview High School Varsity Girls' Basketball team.