The Keyano College Huskies, located in Fort McMurray, AB and who play out of the Alberta Colleges Athletic Conference (ACAC), have announced that Jeremy Wielenga of Brandon, MB will become the new Head Coach for its men’s basketball season for the upcoming ACAC season.  Wielenga brings a plethora of knowledge to Keyano. Wielenga recently filled the role of assistant coach for the University of Winnipeg Wesmen men’s basketball team who lost in the second round of Canada West playoffs.

Before that, Wielenga coached at Lakehead University and the Brandon University Bobcats.

Last season the Huskies lost 16 games compared to eight wins, with several losses being heartbreakers. Wielenga explained what will be different this year. 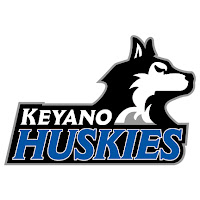 “We have to re-evaluate, did we get the extra work in, extra shots to push us over that hump,” said Wielenga. Going through that experience of losing tough games is good for the guys, it adds toughness to them, and for the guys who return, and the guys I will bring in, we are going to do the little things every day that hopefully pushes us over the hump.”

Having coached in Ontario and Winnipeg and before that playing in British Columbia, Wielenga notes he has some strong connections and is looking to add skill to the team for the upcoming season.

“Once I found out Thursday that I got the job, I’ve been on the phones reaching out to some guys who we feel will be an impact at this level,” Said Wielenga. It’s looking good so far, so hopefully, we can lock them up and get them signed here within the next couple of weeks.

Wielenga also added that the message from day one will be work ethic and hard work from the very first practice to what the Huskies hope is a very successful season.