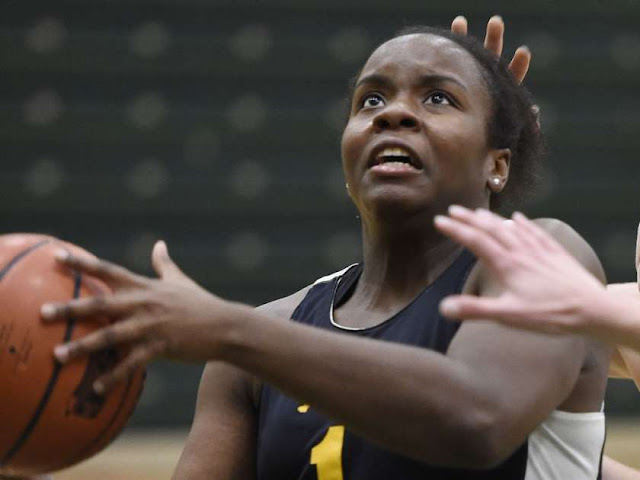 Kyanna Giles has been a revelation for the Cougars in her first season on campus. Only a year removed from starring for Winnipeg's Sisler High School, Giles not only averaged 12.9 points per game but was also the team's leading rebounder with 7.3 boards per contest. She was also one of the conference's best from three-point range, hitting 21 triples and shooting over 41% from downtown. Giles was also the first Cougar rookie to earn conference all-star recognition since 1996, as she was named a conference third team all-star.

Giles now moves forward as the Canada West nominee for the Kathy Shields Award as U SPORTS rookie of the year.

"Kyanna came in and had an immediate impact in all areas. She not only led our team in rebounding and was our second leading scorer, but we also asked her to guard multiple positions and she was able to do that effectively. She's the first rookie to start for us in the past 11 years, and to do that for a highly ranked team is extremely impressive." – Regina head coach Dave Taylor

Paige Thomson (right) has worked harder than most to achieve her basketball goals, as the third-year forward suffers from a heart condition known as supraventricular tachycardia – a condition that causes abnormal heart rhythm. Thomson battles through unpredictable episodes with heavy heart palpitations, chest pain, shortness of breath, and faintness among other symptoms. Over the last 12 months alone, Thomson has undergone two surgeries related to the condition, but has kept positive in her pursuit of both her athletic and academic goals.

Along with her heart condition, Thomson is dyslexic, and has worked extremely hard in her academic pursuits. The Fine Arts student achieved a B average the last academic session and is a shining example of what hard work and a positive attitude can achieve.

Thomson moves forward as the conference nominee for the U SPORTS Tracy MacLeod Award.

"Paige is unbelievably determined and strong. She has never complained about the hand she's been dealt, but instead uses it as fuel and motivation to keep working hard to achieve her goals. It would have been very easy for Paige to step away from basketball after two heart procedures, but instead her passion to play has only grown stronger." – Victoria head coach Dani Sinclair.