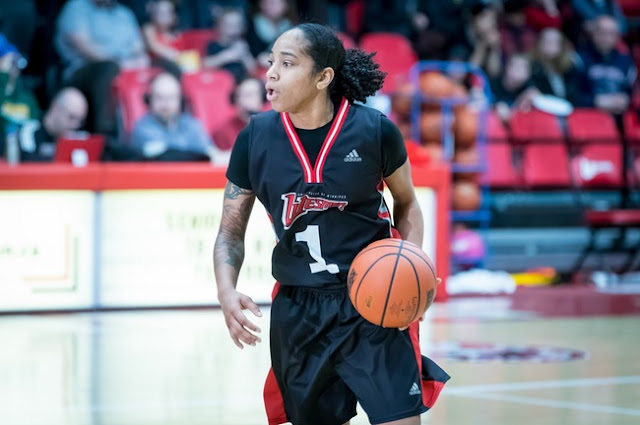 The University of Winnipeg Wesmen punched their ticket to the Canada West Women's Basketball Final Four with a convincing 92-65 victory over the University of Victoria Vikes in the third and deciding game of their Canada West Quarter-Final series Saturday afternoon at the Dr. David F. Anderson Gymnasium in Winnipeg.

The Canada West Final Four next weekend, which will be hosted by the University of Saskatchewan, will take place next Friday and Saturday.

Winnipeg last advanced to the Final Four back in the 2006-07 season.

After a close opening quarter with the Wesmen holding a slim 19-16 lead, Winnipeg exploded for 30 points in the second quarter while holding the Vikes to 12 points in the frame to go into the halftime break leading 49-28.

The Vikes outscored the Wesmen 16-15 in a low scoring third quarter. Winnipeg closed out the contest outscoring the Vikes 28-21 in the final frame.

Winnipeg had the advantage in the rebounding department by a 33-20 margin, including 22 on the defensive end.

The Wesmen will play the University of Regina Cougars in the semifinal round next Friday evening at 8:15 p.m. The game can be seen live on canadawest.tv