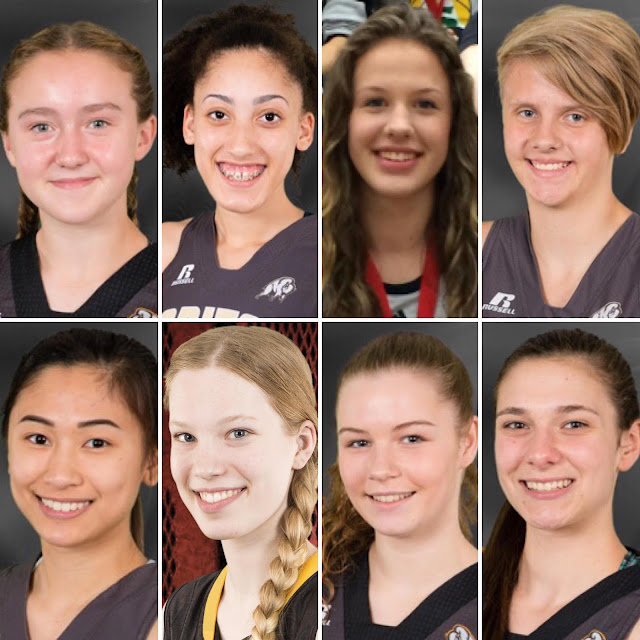 A record number of eight Manitoba female basketball players have been invited by Canada Basketball to its upcoming Women's National Age-Group Assessment Camps in Edmonton.  They will join 63 other athletes from across the country have been invited to participate at Humber College (Toronto, ON) or the Saville Community Sports Centre (Edmonton, AB) from December 15-19.

"We look forward to assessing progress of returnees and welcoming new nationally identified athletes into our camp and see them compete and provide direction on their individual performance plans,” said Denise Dignard, Director of Women's High Performance.  "We are excited to gather national and provincial coaches, technical leaders and mentors from across the country, all of whom are committed to the long-term development of athletes in our Podium Pathway."

The objective of the camp is to provide a national training environment with international focus to top identified athletes born in 1998 and later. At the camp, national team coaches, sports scientists and technical staff will identify athletes who will be invited to the next stage of the 2017 age-group programs.

Athletes born 1998 or later will be assessed for their participation in the U19 team, competing at the 2017 U19 FIBA World Championships for Women in Udine and Cividale del Friuli, Italy from July 22nd-30th. Last summer, the team garnered a Silver medal at the 2016 FIBA Americas U18 Championships in Chile, qualifying them for Worlds.

The Manitoba athletes have been identified through the Manitoba Provincial Team, Centre for Performance and the Canada Basketball National Championships in the recent years.  Joining the athletes from Manitoba will be Michele Sung (Hynes) of the University of Manitoba.

A full list of athletes, coaches and staff invited to the assessment camp is below.


* Emily Dewey is originally from Saskatchewan and is now living in Manitoba.  She is attending school at Westwood Collegiate in her grade 12 year and has committed to play at the University of Nebraska - Omaha for the 2017-18 season.