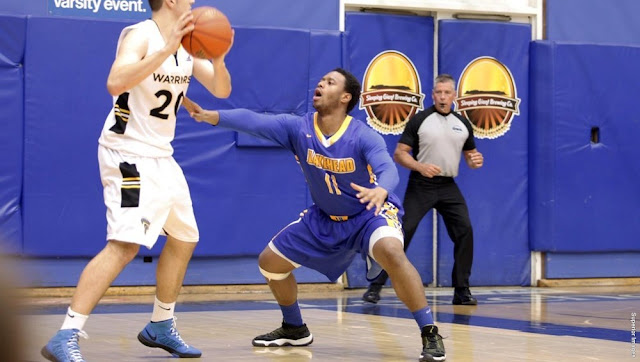 The Brandon University men's basketball team has bolstered their lineup with an experienced recruit for the 2016-17 Canada West season.  Josh Bell of Mississauga, Ont. is determined to revitalize his career with the Bobcats after an injury filled freshman season in 2013-14.

Bell believes adversity has made him stronger.

"I feel I still have a lot of gas left in the tank," said Bell. "School is really important to me and I feel Brandon gives me the opportunity to kill two birds with one stone. I want to show that I can still get it done in the classroom and show that I can come into any team and make an impact."

Bell has a connection to the Bobcats in Troy Grant. Bell and Grant have been friends since childhood, which was a reason the 6-foot-3 guard decided to sign with BU.

The Bobcats believe Bell will deliver on all fronts as he makes his Canadian Interuniversity Sport (CIS) return. Bell transfers to Brandon from the Lakehead Thunderwolves of the Ontario University Athletics (OUA) conference and has four years left of eligibility.

BU coach Gil Cheung is confident that Bell is ready to make up for lost time.

"He is a veteran guy that played in a very tough OUA conference and we are looking forward to having Josh join our program," said Cheung. "He has the ability to shoot the basketball, he is a very strong defender and is a good athlete."

Bell's basketball journey has also had major highs. He was a star at Father Henry Carr High School in Toronto where he helped his team to a silver medal at the Ontario Federation of School Athletic Associations AAAA championship in 2013.

He was also ranked in the top 20 of all Canadian high school shooting guards by HoopStars Canada and is a former Team Ontario member.

"Josh is a hard-nosed, tough competitor with a high basketball IQ and he is a guy that will lead by example," added Cheung. "He is a big piece for us."

"I have high goals, but I am also realistic about it," said Bell. "I just have to keep chipping away and keep working at it and everything will fall into place."

With the addition of Bell, the BU recruiting class has grown to three for 2016-2017. He joins high school standouts Kobyn Jopp of Calgary and hometown product Riley Schaus as newcomers to the Bobcats.