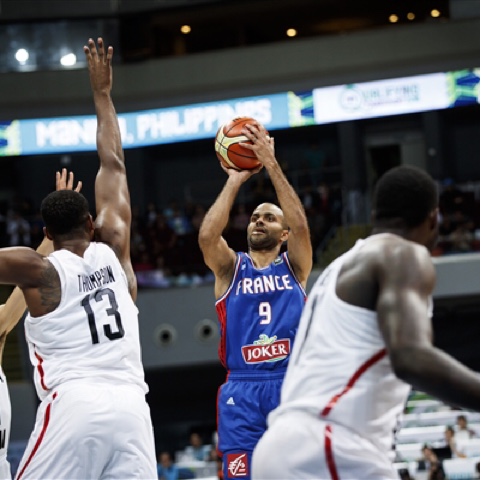 Canada Basketball's Senior Men's National Team was defeated in the final of the FIBA Olympic Qualifying Tournament 83-74 by France, which clinched a spot at next month's Rio Games.

“We're a young team, and hopefully we learn and grow from this,” SMNT coach Jay Triano said. “I'm very proud of the way we fought, not just this game, but all tournament and throughout the summer.

“Being the youngest team here is a good growing experience for us. We're going to keep getting better, we've got some great talent in our country and I appreciate the sacrifices that our players made. It was unfortunate that we couldn't get a win and have these guys rewarded with becoming Olympians.”

Joseph, the SMNT captain, had 20 points to lead Canada in scoring for a fourth straight game at the tournament, and dished out six assists on Sunday at Mall of Asia arena.

“I keep Canada close to my heart, so whenever I get a chance I'm honoured to play for them, and I try to go out there and leave it all on the court,” said Joseph. “Playing for Canada, we have a great coaching staff, so I'm still working on my game, still getting better, and there's no better competition you'll get in the world in the summertime than playing.”

The teams came out firing, going shot for shot during a high-scoring first quarter. France emerged with a 30-25 lead after 10 minutes, while Joseph kept Canada close with 10 points by going 5/6 from the field in the opening period.

Canada ratcheted things up on the defensive end in the second quarter, holding France without a field goal for the opening six and a half minutes and holding their opponents to just 2/12 shooting in the period. The SMNT evened the score at 36-36 before Boris Diaw hit a three-pointer just before the buzzer to give France a three-point halftime lead.

France began the second half on a 9-2 run before Canada responded with five straight points to get right back in the game, trailing 48-43 midway through the third. Ejim had a couple critical buckets late in the frame to keep Canada within five, 56-51, going into the last quarter.

While France threatened to break the game open throughout the fourth, Canada refused to go away, and a lay-in by Tyler Ennis cut his team's deficit to 67-64 with 3:11 left on the clock. That would be as close as the SMNT would get, however, as France closed on a 16-10 run.