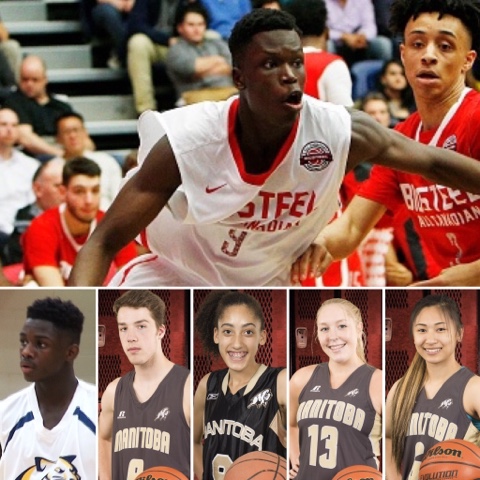 Basketball Manitoba is pleased to announce that six Manitoba athletes will be attending a series of Canadian National Team tryouts in Toronto next week.  Attending the National Cadet Men's tryouts will be Emmanuel Akot, Daniel Sackey and James Wagner will be with the Junior National Team Camp.  The female tryout will see the return of Niyah Becker and Raizel Guinto to the final stages of the National Cadet camp and Keylyn Filewich to the final stages of the National Junior Team.

Emmanuel Akot is coming off his attendance at the Bio-Steel All-Canadian Game in April and spent the last year in Utah at the Wasatch Academy and recently has been involved in the AAU circuit with teams throughout the US.  Daniel Sackey spent the last year in Missouri and is currently at St. Louis Christian Academy and the Canada Elite club program based out of Toronto.  James Wagner was named the AAAA male player of the year back in April and has committed to join the Manitoba Bisons this coming fall. 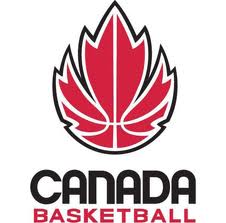 Niyah Becker and Raizel Guinto are currently in the final tryout stages with the Manitoba Provincial Team and have been invited back by Canada Basketball to be one of a select few athletes up for final consideration to join the Cadet National Team.  Niyah was invited to the Basketball Without Borders Camp as part of the NBA All-Star festivities in Toronto back in February.  Raizel, along with Keylyn were named to the AAAA Female All-Manitoba Team back in April after standout seasons with Sisler and Vincent Massey respectively.  Keylyn Filewich returns to Toronto as part of the final stages with the National Junior Team and is then off to UBC this fall to suit up with the Thunderbirds.

The camps will run in Toronto over the June 3 to 10 range with final roster announcements being made shortly after.  The national teams will head to their respective FIBA international events later this month.

Details on this can be found on the Canada Basketball website at http://www.basketball.ca