ROSTERS RELEASED: Hoops from the Heart Back June 1 at U of Winnipeg 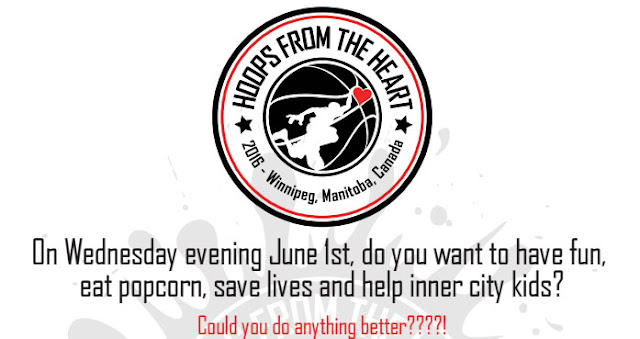 Hoops From The Heart is an annual event (now into its 8th year) where the best men’s and women’s basketball players in Manitoba play two games at the University of Winnipeg's Duckworth Centre. In the process, over 100 inner city kids are there to watch the games, receive a free meal, get their own Hoops From The Heart t-shirt, and take a basketball home, signed by one of the players!

The proceeds of the games have also helped to create a Scholarship specifically for an inner city youth to go to either the University of Manitoba or the University of Winnipeg to play basketball for them. Watch great basketball and help inner city kids! Every year we’ve had an autographed NBA player jersey raffled off to one lucky fan at the game!

Part of the proceeds also helps heart research at St. Boniface Hospital. Help fight heart disease, the #1 cause of death in Manitoba today, and show your support for the present and future basketball stars of Manitoba!

Come on out to the University of Winnipeg’s Duckworth Centre Wednesday, June 1st, 2016.  It’s all for a great cause!

6:15 pm: Men’s game - Universities of Manitoba/Winnipeg versus Manitoban All Stars 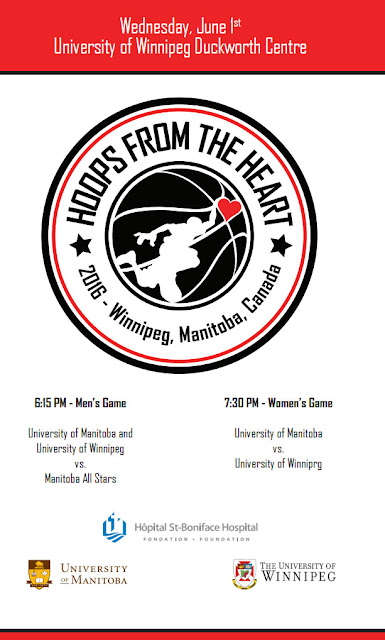 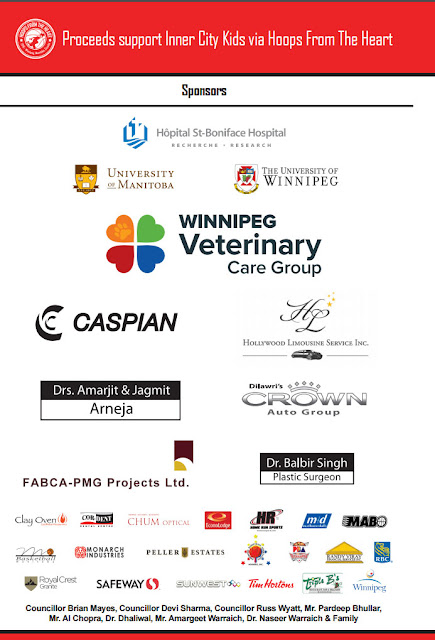 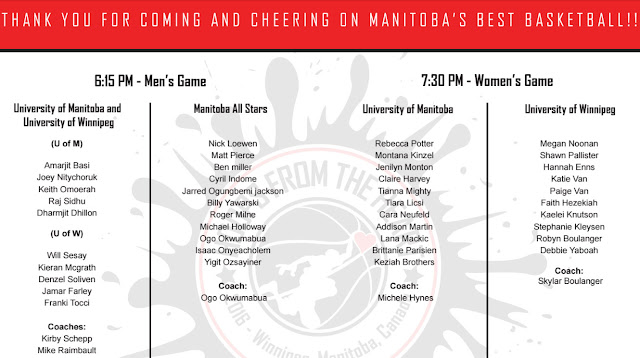