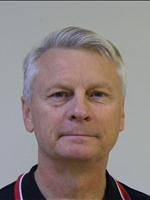 The Manitoba Association of Basketball Official’s is pleased to announce that Mr. Rick Degagne has been awarded the JOHN A. (WINK) WILLOX AWARD.

The Wink Willox Award is presented to an official who is a good floor official by local standards, has a significant length of service to the basketball community, has performed various forms of service to basketball organizations and who has made contributions to basketball in an administrative role. Rick Degagne has fulfilled all of the above stated criteria, has excelled over the years as an on floor official, has performed many services on the local, provincial and national scene and continues to make an active contribution to basketball at all levels.

Rick has been an active basketball official for 34 years and has had outstanding success at the CIAU/CIS level receiving 17 national assignments and 8 CIS assignments. In addition he successfully worked for 7 years at the semi pro level in Canada.

Internationally, Rick has had a 10 year FIBA career. His accomplishments have included the Nike Hoop Summit (Orlando, Florida, 1997); the Men’s Jones Cup (Taiwan, 1997); the Women’s Olympic Qualification Tournament (Havana, Cuba, 1999) including the gold medal game; 2 Pan Am Games (Winnipeg, 1999; Dominican Republic, 2003); FISU Games (Beijing, China, 2001). We are sure for Rick that being assigned to the 2000 Olympic Games in Sydney, Australia was a memorable experience that included being assigned to the women’s semi final, the men’s quarter final and the stand by official for the gold medal game. 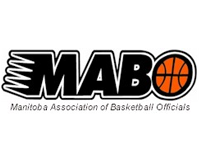 Rick has had a stellar career and continues to serve the game of basketball locally, provincially and nationally.

MABO is extremely proud of Rick and and congratulate him on being awarded by CABO the JOHN A. (WINK) WILLOX AWARD.