THIS SUNDAY: Manitoba Male Centre for Performance Tryouts Set for Sun Sept 13 at U of W

SUNDAY SEPTEMBER 13: Basketball Manitoba is pleased to announce the try-out details for the MALE Canada Basketball / Basketball Manitoba Center for Performance training program for 2015-16.  This year the CP will have a 15U age group (eligible athletes are born 2001, 2002, and 2003). This year's tryouts will occur on Sunday, September 13 at the University of Winnipeg Duckworth Centre.


INFORMATION ON FEMALE PROGRAM TRYOUTS
All tryouts will occur at...

Male Tryouts - Born in 2001, 2002, and 2003
Decisions will be made after the above try-out and continue on into September to finalize the training group.

The Canada Basketball/Basketball Manitoba Center for Performance Program is a regional training program that targets potential high level athletes and provides them with advanced training and experiences to help them develop into an elite level basketball player. The Center For Performance is the start of the National Team identification pathway.

Male athletes from Manitoba will be identified on an annual basis to participate in the Manitoba Region of the Basketball Canada Centre for Performance training programs. The program runs from September to December before pausing for the school season. There will be classroom sessions in January and/or February before the program wraps up leading into the 15U Provincial Team try-outs in May.  The program offers a highly qualified coaching staff trained with Canadian National Team curriculum.

The program has a heavy emphasis on developing individual fundamentals and athletic abilities to prepare them for next level competition. Players receive education on sports nutrition, psychology, strength, agility and physical testing.  CP athletes also participate in special CP sessions with guest coaches from a variety of programs.  Past guest coaches have come from programs including the Canadian National Team, CIS and NCAA programs, and NBA skills trainers. 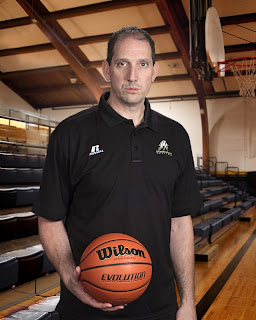 Dan Becker is no stranger to the Manitoba basketball scene. He has been an active player and coach for over 30 years at all levels of the game. His playing history began as a standout player at Fort Richmond Collegiate which took him on to play NCAA Division 1 basketball at the University of Colorado. After graduating with a Bachelor's of Science in Marketing Degree, Dan continued his basketball career playing 12 years for a variety of teams and leagues all over the  globe, including stints with the Winnipeg Thunder and the Winnipeg Cyclone.  In the summer of 1991, Dan was invited to tryout for the Denver Nuggets and Indiana Pacers of the NBA.  Dan's playing career also saw him represent Team Canada in the late 80's early 90's on various Student and Training National Teams including the World Universiade Games in Germany and 2 Jones Cups in Taipei, Taiwan.
As a coach, Dan has worked with players at many different levels. Dan completed his NCCP Level 4 education at the National Coaching Institute in Winnipeg. He has assisted at the CIS men's level in 2000 to 2004 and took the interim head coaching duties in 2004-05 with the University of Manitoba Men's Program. Over this same time period, Dan coached a number of Basketball Manitoba's Provincial Teams at the 15U and 17U levels, winning a bronze medal at the 2004 Championships, and culminating with the Canada Games team in 2005.
From 2005 to 2010 Dan worked with Randy Kusano and the Oak Park Raiders Varsity Boy's Program winning two Provincial Championships and making five consecutive Final Four appearances. Dan coached the University of Winnipeg Collegiate Varsity Boys team during the 2010-11 season.  Dan has also coached grassroots programs in the school system, RSL, and WMBA capturing 2 provincial titles, a RSL title and three WBMA championships.
Currently, Dan is the head coach of the 17U Boys provincial team.  In 2014, Dan lead the team to their first ever National Championship and the Gold Medal.  Dan is the Head Coach of the Basketball Canada Centre for Performance Boy's Program for the Manitoba region. Dan is also a Learning Facilitator in the new NCCP coaching education program.
________________________________________ 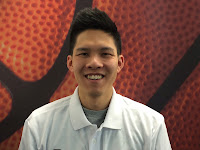 Eric Sung has been highly involved in basketball development in Manitoba since 2006.  Currently, he is on the coaching staff at Oak Park High School with the Varsity Boys team. Most recently he lead the 15U Boy's Provincial Team to a 4th place finish at the 2014 National Championships after he served as an assistant coach on the 15U Male Provincial Team that won a bronze medal in 2013 National Championships.

His past coaching history includes being a head coach of the Junior Varsity Boys at Maples Collegiate and the 18U Chinese Universal Storm, which competed at the NACBAIT championships.

Eric graduated from Steinbach Regional Secondary School and played two years of college basketball at Providence. He currently works as the lead physical education teacher at Archwood School in the Louis Riel School Division and just completed his fourth season as an assistant coach with University of Manitoba Women’s Basketball Program.

After being involved with the Center of Performance program in 2013-14, Eric is excited to coach the province’s best young basketball players at the national level.

Jon Lundgren was the head coach of the 15U Manitoba Provincial Team Program from 2010 to 2013 and led the program to 2 National Bronze Medals and 2 fourth place finishes at the Canada Basketball National Championships over his 4 year run.

Jon currently coaches the Oak Park Raiders and was named the MBCA AAAA Male coach of the year in 2011 after leading his team to the AAAA Provincial Championship.  He also has coached the Magnus Eliason Club Team.

Jon's coaching experience also includes stops as an assistant coach at the University of Manitoba from 2006-2008,  Head coach at Fort Richmond Collegiate in 2006-2007 where he won a Provincial Championship with the Junior Varsity Boys Program and then went on to coach the varsity boys in 2007-2008 before moving on to head coach the Gordon Bell High School Varsity Boys team from 2008-2010 while serving as an assistant at the Canadian Mennonite University Men's Program in 2009-2010.

Jon has served as a Regional Training Center and Center For Performance coach for a number of years, working to develop some of the province's best young talent and is a NCCP Level 3 and Introduction to Competition Advanced certified coach.

Jon Lundgren graduated from John Taylor Collegiate and went on to play basketball at the University of Manitoba before transferring to Trinity Western University where he would become one of the leading scorers in the Canada West Conference.

For more information, go to...