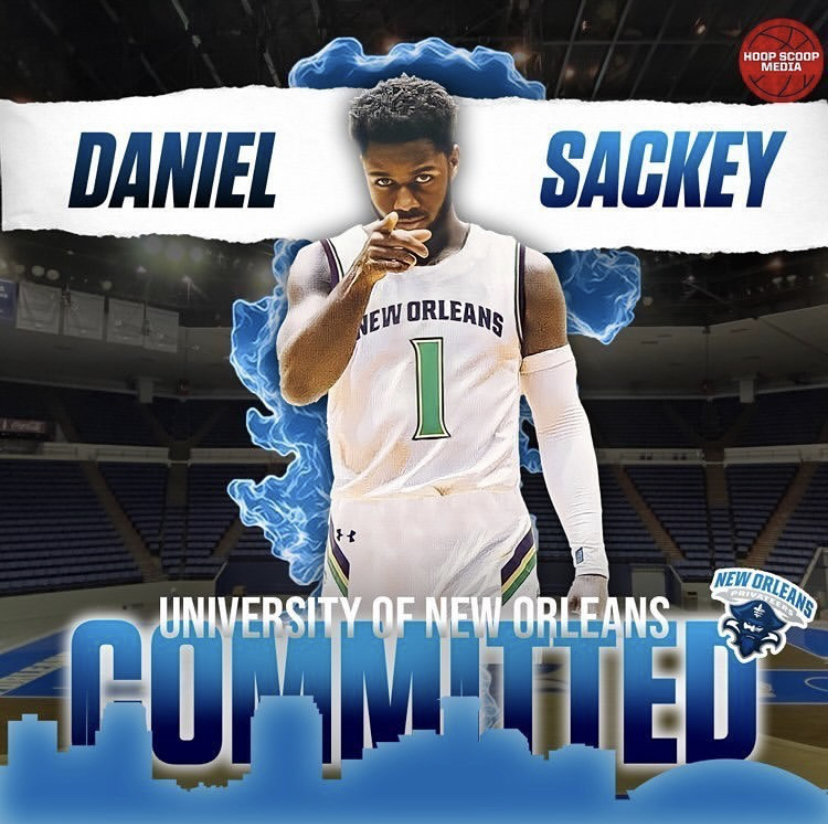 Winnipeg's Daniel Sackey has announced via his Instagram account that he has committed to join the University of New Orleans Privateers and will be able to join the team this coming fall for the 2021-22 season.  Sackey last suited up for Valparaiso University and opted to enter the NCAA Transfer Portal system last month.  During the 2020-21 season, Daniel suited up for 25 games with Crusaders, averaged 5.3 points in 25 minutes per game, shot 33% from the floor, 74% from the line and dished out an average of 3.5 assists per game.  Read more...

The Privateers play at the NCAA Division 1 level in the Southland Conference.

"I am very happy to be able to have Daniel join our UNO family," said Slessinger. "We recruited Daniel out of high school and thought he would have been a tremendous student-athlete and leader on our campus. He is driven in the classroom and has a very supportive family. When the opportunity arose for us to get another chance to recruit him, we felt it was a great fit. He brings great experience with his three years at Valpo, along with his prep career in Canada. He has represented the National Team in international play. Daniel's elite speed in transition and playmaking ability will be a great addition to our team. We look forward to seeing him help our program build forward." This season, Sackey started 22 of the Crusaders' 28 games and appeared in 25, averaging 5.3 points, 2.6 rebounds and team-highs 3.5 assists and 1.2 steals. His 3.5 assists per game ranked fifth in the Missouri Valley Conference (MVC) and his steals total were good for eighth. In league play, Sackey averaged 3.2 assists and 1.3 steals. "I love the way coach Sless lets his guys play; up-tempo, fast pace and scrappy, exactly the way I play" said Sackey. "I am excited to join the Privateers and get to work." During his three years with Valpo, he appeared in 92 games and started 65 contests. In his collegiate debut (November 6, 2018), he posted 13 points, four rebounds and three assists. He reached double figures 16 times in his career and dished out five or more assists 22 times. As a sophomore, Sackey registered a career-high 22 points at Saint Louis (November 9, 2019). He started the first 23 games of his sophomore campaign. Prior to joining Valparaiso, Sackey prepped at Thornlea Secondary School in Thornhill, Ontario, earning first team all-star honors via the Ontario Scholastic Basketball Association. He was ranked No. 16 in his class by North Pole Hoops (Canada), and represented Canada on the international level, competing with the u17 squad at the 2016 FIBA u17 World Championship in Spain, where the team went 6-1. FUN FACT: Sackey became just the sixth Manitoban to earn a scholarship in Division I men's basketball since the NCAA reorganized into its current competitive format in 1973.