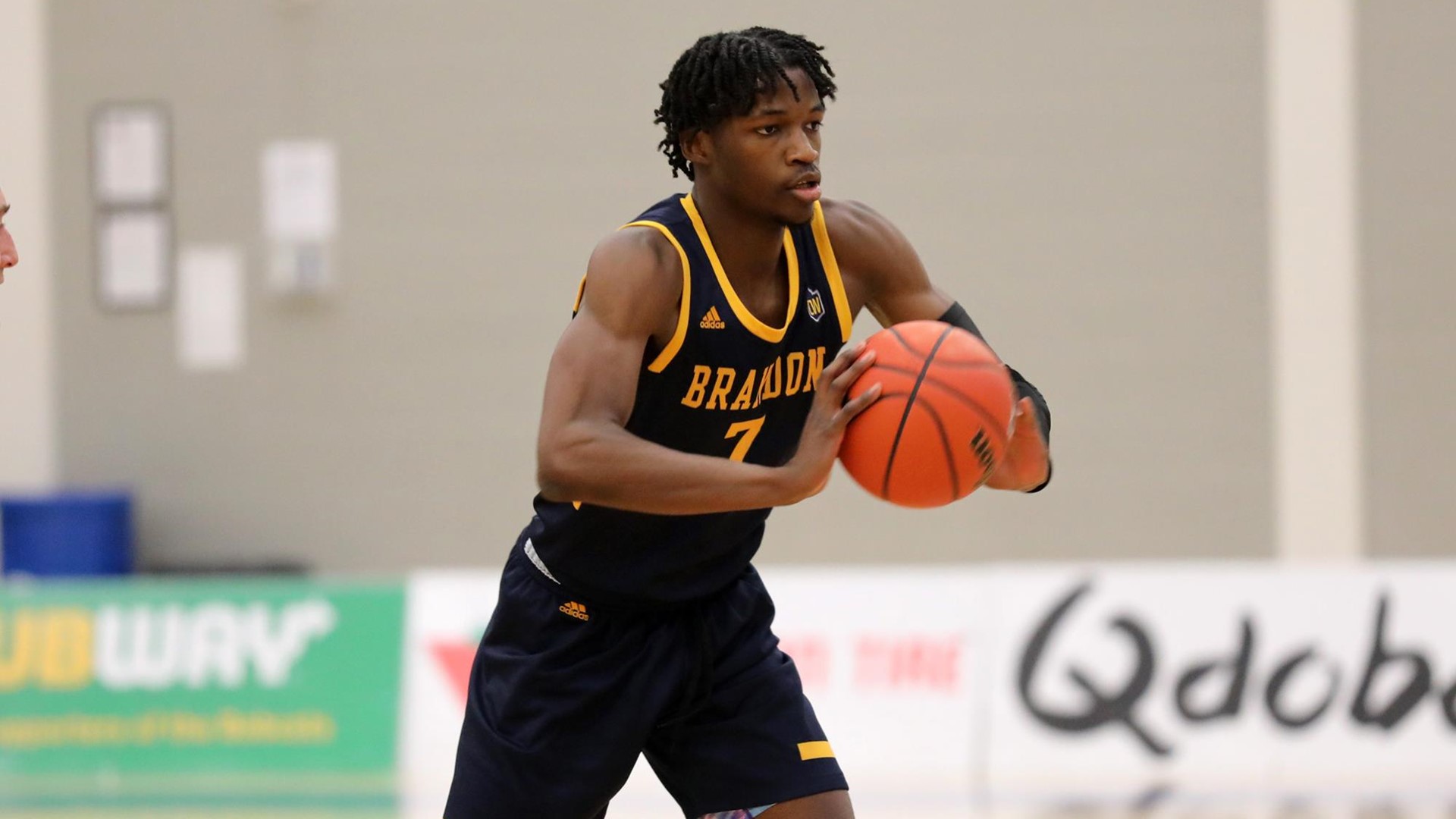 Anthony Tsegakele's list of accomplishments continues to grow as the second year Bobcat becomes the first student-athlete in Brandon University history to be drafted into the Canadian Elite Basketball League (CEBL).  Tsegakele was drafted in the first round (6th overall) to the Fraser Valley Bandits in the 2021 U SPORTS-CEBL draft Wednesday afternoon.

The selection comes on the heels of his outstanding first season as a Bobcat, in which he was named Canada West rookie of the year, to the U SPORTS all-rookie team, and the BU men's basketball team's most valuable player.

"I am very excited to be drafted by the Fraser Valley Bandits. I feel extremely blessed and thank God for this opportunity to be drafted by an organization that is full of winners. I can't wait to get out there and learn from the players, coaches, members of the front office and to be part of the community. I can't wait to get started and to interact with the great fans in the valley," Tsegakele said.

Tsegakele will join the team in Abbotsford at the conclusion of the academic year at Brandon University, where he has continued training and studying during the pandemic.

"I'm proud for Anthony to have the opportunity to be part of the Fraser Valley Bandits organization. During his time at Brandon thus far, he has shown that he is a leader and a driven individual who is willing to put in the work to lead by example on the court and to motivate his teammates off of it. This is an exciting new chapter for Anthony and I look forward to seeing him dedicate himself toward further developing his game this summer with the Bandits," says Bobcats coach Gil Cheung.

The Bandits' 2021 is scheduled to get underway June 5.