Hall of Fame News: In Memory of Bob Nevill 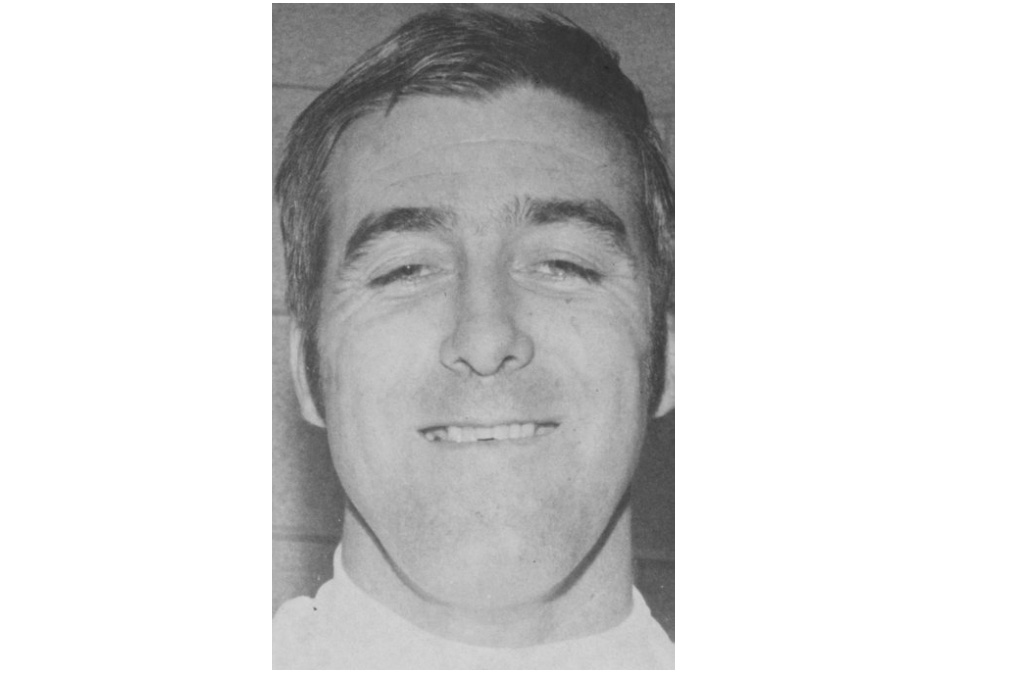 Basketball Manitoba, the Manitoba Basketball Hall of Fame and Brandon University Athletics are saddened to share the news that long-time community leader, official, coach and all-round good guy, Bob "Sleepy" Nevill, has passed away at the age of 81. Bob was an assistant coach with the BU Bobcat women's basketball teams in the 1970s and 80s and later became a popular university basketball official. He was also a well-known Western Hockey League scout and coached a variety of different sports including high school football with the Crocus Plainsmen.

We all extend our condolences to Bob's family and friends. (Photo credit: The Brandon Sun)

Bob, who always had a short story to share, arrived in Brandon from Moose Jaw, Saskatchewan in the early 70s. After playing in a Senior Men`s tournament, at Brandon University, one in which he was quick to offer unsolicited assistance to the officials, Bob was encouraged by then BU Bobcats Coach, Gary Howard, to pursue a degree in Education and to also become an assistant coach with his team. Bob accepted the opportunity working with Howard from 1971 – 74. He also coached the Bobcat JV team.

During this time, Bob began officiating basketball in the Westman region, doing the tour of the many small towns outside of Brandon. Of course, Bob, possessing a remarkable “gift of gab”, would strike up conversations with every coach and phys-ed teacher (and many of the fans) he encountered, soon becoming a legend in Southwest Manitoba in the process. Anyone who met Bob would not soon forget him. And in turn, it seemed that he knew absolutely everyone wherever he went!

Bob moved up the ranks officiating Senior Men`s and eventually university basketball. He was not only a big promoter of basketball in the region, but he would eventually recruit and promote local officials. In time, Bob served the WBOA in a number of capacities, including President, Clinician and finally Assignor, a position that he held through the 1990s. Bob also contributed administratively at the provincial level serving as MABO President in 1981 and 1982.

Bob will be remembered on many fronts. He was a very popular teacher with his students at Earl Haig School and Crocus Plains Regional Secondary School having a career that lasted close to four decades in the Brandon School Division. Mr. Nevill would consistently advocate for students who faced significant personal or academic challenges. He was a good judge of character and had an elevated sense of fairness when managing his athletes or his students.

Within the school system, Bob was deeply involved coaching junior high basketball as well as high school football, serving as an assistant coach to the 1987 Crocus Plains Football team that captured the Winnipeg High School Football League Championship. He also officiated high school football for about a ten-year period, willing to help due to a shortage of officials. Bob recognized what everyone knows - that if there were no officials then the game doesn`t get played. As a basketball assignor, this is a position that he would often state to “guilt” officials into taking that extra game - “I have no one else. I need you”. Bill Moody would joke that he would wear his referee uniform to teach his phys-ed classes, ready for that last minute assignment from Bob, who`s prep room was conveniently right around the corner from the gymnasium.

Bob had another stint on a Bobcats bench, this time as an assistant coach for Moody and the Women`s program from 1979 to 1982. Later in life, Bob shifted his talents to hockey in the role of a regional scout for the Red Deer Rebels of the WHL. Bob also had a passion for golf, in particular the Tamarack Golf Tournament at Clear Lake where he held the position of Director for a twenty-year period. He had a keen interest in supporting the Junior golfers. Because of his dedication to the entire tournament over the years, the Junior Men`s Championship trophy, since 2015, has been named after Bob.

The sport community of Southwest Manitoba has greatly benefited from the many years of service and contribution made by Bob. His commitment to the growth and development of officials, particularly members of the WBOA, is fully acknowledged and will always be greatly appreciated.

The Manitoba basketball community wishes to extend heartfelt condolences to the family and many friends of Bob Nevill.