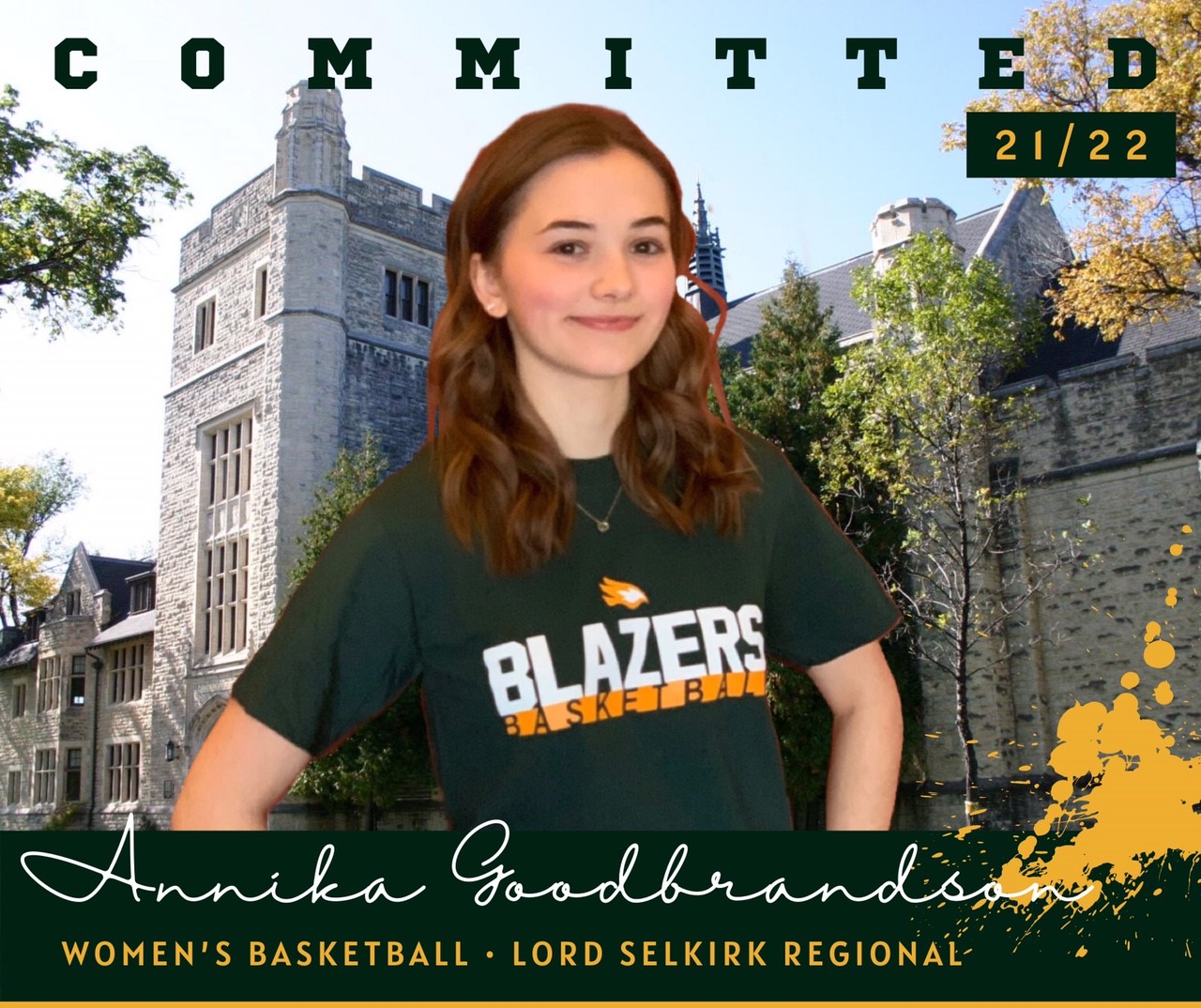 Joe Di Curzio and the CMU Women's Basketball program have announced the commitment of Lord Selkirk Regional's Annika Goodbrandson for the 2021-22 NIAC and MCAC seasons.

Able to influence a game on both ends of the court, Goodbrandson is apt to use her height and athleticism to her advantage. "Annika's height, agility and intelligence make her an extremely tough defender," said Goodbrandson's high school coach, Sue Gilmour. "We would often match her up against our opponent's best player as we knew that Annika would shut them down. She is a strong offensive contributor as well."

Used in a variety of roles on the court with the Royals, the 5'9" Goodbrandson helped her 'AAAA' high school to a tournament win in Winkler, a third-place finish at the Tri-Prov tournament in Edmonton and a place in the KPAC semifinals. A varsity team starter since Grade 10, Goodbrandson was recognized as Athlete of the Year in 2017, received the Sportsmanship Award in 2018 and was even featured on CTV's Sports Star of the Week in 2019.

"Annika is one of the most versatile players I have seen in our program over the years," added Gilmour. "She can handle the ball in a guard position, shoot consistently and drive from the outside as a wing. She is a threat from the outside, shooting a consistent 3-ball as well as her strong ability to penetrate the paint and finish with a lay-up or pull up and sink a jump shot."

As a member of Team Manitoba in 2019, Goodbrandson helped her home province to a bronze-medal performance at the Western Canada Summer Games in Swift Current, Saskatchewan.

"Annika is one of the top graduating players in the province this year," said head coach Joe Di Curzio. "She has excellent skills and size that allows her to play any position and offensively, she can really attack the basket and finish. She has great length, quickness, anticipation and a high basketball-IQ and that will really help her be a terrific defensive player for us too."

The Blazers are excited to welcome the return of a varsity women's basketball program to Université de St-Boniface for the 2021-22 season. The MCAC has not seen a basketball program in either genders at the Winnipeg-based francophone university in almost two decades and the addition of another local program provides yet another opportunity for sport-excellence through the MCAC. CMU will continue to compete in both the MCAC and across the international border in the Northern Intercollegiate Athletic Conference for the 2021-22 season in the sport of basketball.