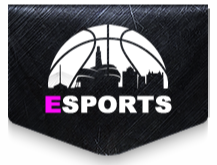 Peg City Basketball has announced the launch of the Peg City eSports Network.  The goal is to provide the community with a grassroots opportunity to learn, grow, and show their skills in competitive tournaments and leagues.

Registration for the Inaugural NBA 2K20 and NBA 2K21 tournaments is now open. The plan is to launch a circuit for some of the major sports including NBA 2K21, NHL 21, Madden 21, and Fifa 21 in mid-late February.

For more details see Peg City eSports.  If you have any questions please email info@pegcityball.ca.