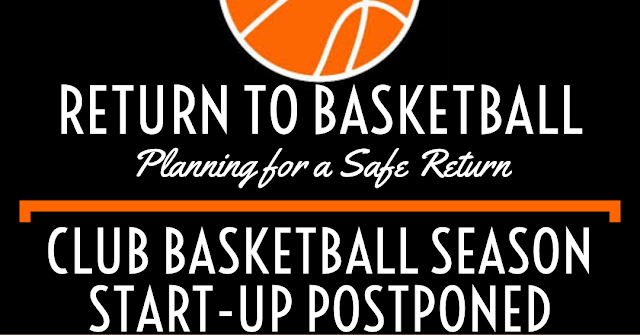 Basketball Manitoba today formally announced the delay to the club basketball season start-up that would normally have begun this coming weekend due to the COVID-19 pandemic.  Normally this time of year, many are getting back into club basketball mode and looking at hosting a tryout for their program in the middle of August.

Basketball in Manitoba is still currently in Phase 2 of the Canada Basketball Plan that sees basketball being restricted to physically distanced training while using your own basketball, no passing or rebounding drills along with some other hygiene and health restrictions.

Basketball Manitoba is not anticipating any changes in the move to Phase 3+ this summer which would allow for a limited return to competition (3x3 scrimmaging within an individual team only).

The challenges of hosting open basketball tryouts in the near future have become next to impossible due to the spacing regulations, the numbers of people involved and the equipment requirements among other factors. This, along with the uncertainty of accessing facilities to host any tryouts, is putting up many barriers to having things run in a normal fashion. To our knowledge, most if not all school/university/college facilities remain closed with a few community centres and the Sport Manitoba courts opening up in a limited fashion, but not nearly enough to facilitate the hundreds of hours required to host all club tryouts based on previous years.

With the recently announced return to school plan from the Province, the clarity of what team sports and facility access will look like in Manitoba this fall and winter still remains quite uncertain.

In light of all this, the Board of Directors of Basketball Manitoba has decided to postpone the formal start of club activities until further notice.  No in-person tryouts will be sanctioned, insured or promoted by Basketball Manitoba until we reach a time where they can be offered in a safe manner.  The key factor that will allow us to move to the next phase will be physical distancing.  Until that changes, we as a sport in Manitoba will remain in Phase 2.  Once a safe return to club basketball has been established, a proper tryout window of time for clubs will be included as part of the return.

This delay in programming will also affect the start of the Targeted Athlete Program (TAP) which follows the same timelines as club basketball teams.

Community club basketball (which is different than Club Basketball) including the Winnipeg Minor Basketball Association and its programming through the community centres will have an announcement out in the near future about its upcoming fall / winter plans.

Some clubs are currently hosting, or are considering hosting, player training camps under the Phase 2 plan.  We do encourage clubs who are interested in offering some form of programming to contact our office on how best they can plan for some limited programming under the return to basketball plan.  You can view those that have already started offering programming here...

The Basketball Manitoba Return to Basketball Plan that was released on July 3, 2020, which has additional details on the current situation.