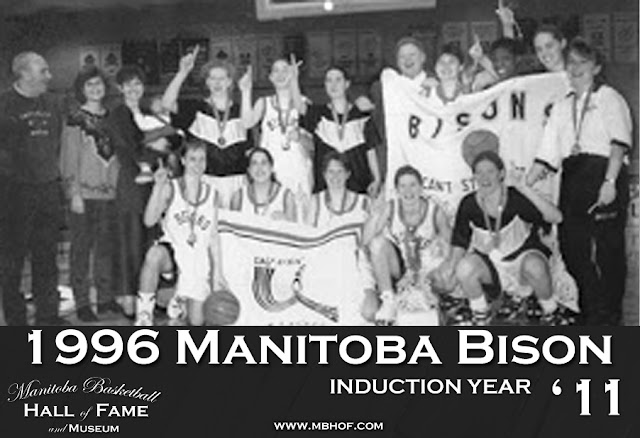 The Manitoba Sports Hall of Fame has announced the induction class of 2020, revealing the eight individuals and one team mini-dynasty, the 1996 and 1997 Manitoba Bisons Women's Basketball teams, who will be inducted into the hallowed halls this year. 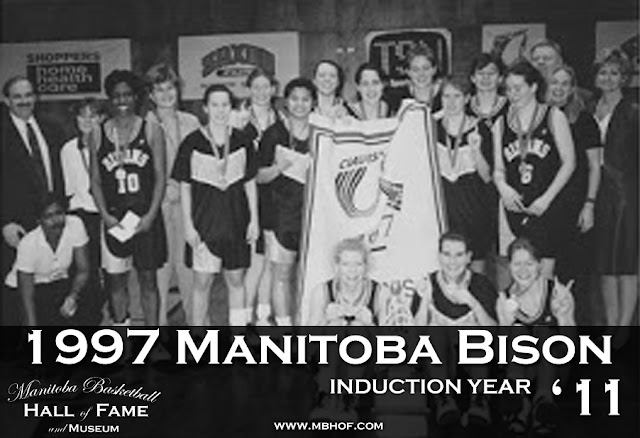 The Manitoba Sports Hall of Fame will not be hosting our annual Induction Ceremonies this year, but instead will formally induct the new class of honoured members when COVID-19 conditions allow us to host such a celebration.

Coached by Coleen Dufresne (inducted in 2017 as a Builder), the Bison women’s basketball teams won back to back USPORTS / CIS / CIAU national championships. The University of Manitoba Bisons won the first of two consecutive national championships in Laval in 1996 by defeating the Toronto Varsity Blues 81 – 77 in overtime. In 1997, they duplicated this result in Lakehead with a convincing 73 – 62 win over York in the national final. The teams were known for their full-court pressure and tremendous character which saw them work through many tight situations in the GPAC playoffs and at the national tournaments. They were inducted into the Manitoba Basketball Hall of Fame in 2011.

Members of the Bisons teams include...

"As we announce the names of these deserving inductees who will forever be a part of the Manitoba Sports Hall of Fame, we are grateful that these athletes, builders and teams will inspire and motivate generations for years to come, and we are excited to be celebrating their extraordinary accomplishments and contributions to sport in our province. Congratulations to the inductee class of 2020! ”   Jeff Hnatiuk , President & CEO, Sport Manitoba

“Once again, this is a remarkable class of inductees that reflects the diverse spectrum of sport. They personify the kind of commitment and excellence that our sport community aspires to and is inspired by, and we are thrilled to have them join the ranks of the Manitoba Sports Hall of Fame. It is especially important to take the time to reflect on and celebrate our sport heritage during today's trying times.”   Don MacDonald , Chair of the Board of Directors, Manitoba Sports Hall of Fame

A program of Sport Manitoba, the Manitoba Sports Hall of Fame's mandate is to collect, preserve, showcase and celebrate the history and heritage of sport excellence in Manitoba. For more information, please visit the website.