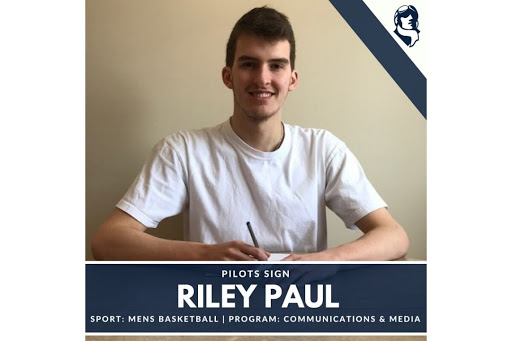 From the Wesmen to the Pilots, the Men’s Basketball program is adding precious size and experience to the 2020 roster
Head coach Pierre Dubreuil announced yesterday that the team has added 6'7" centre Riley Paul. From Brandon, Manitoba, Riley played his last season with the University of Winnipeg Wesmen and has decided to take his talents south of Winnipeg to the Otterburne campus.
Riley intends to study in the Media and Communications program and hopes to help bring a championship back to Providence.
"I'm very excited to be attending Providence next year," said Riley, "I know some people that currently are students that speak very highly of the school and its programs. I am looking forward to furthering my education as well as playing for the men's basketball team. It's a very welcoming community and I can't wait to show what I have to offer on and off the court.
I'm looking forward to getting to know my teammates and grow with them as a team."
Coach Pierre commented on the newest recruit by saying, "I’m thrilled with the commitment of Riley Paul for our 2020 roster. Not only is Riley bringing size in the paint but also some maturity in his game as he played his first season with the University of Winnipeg Wesmen. Riley is a skilled player, able to use both hands to finish around the key and capable of extending his game outside to shoot the ball. Alongside returning players Lucas Mack and Andrew Winslow, I’m more than confident in Riley's ability to succeed in our program, on and off the court.
I’m looking forward to starting to work with him and the team! Stay safe everyone!"
Source: https://www.prov.ca/news/athletics/from-the-wesmen-to-the-pilots-the-men-s-basketball-program-is-adding-precious-size-and-experience-to-the-2020-roster/