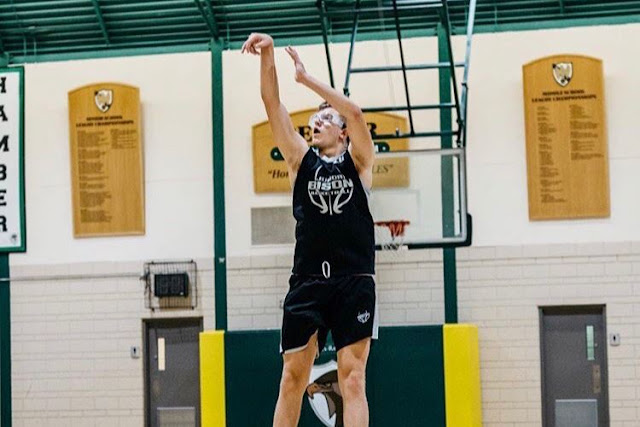 Coming off one of the best seasons in program history, Bisons men's basketball added one of the top talents in Manitoba on Friday, as Sam Jensen will join the Herd for the 2020-21 season.

Jensen, 17, arrives at Manitoba from Sturgeon Heights Collegiate in Winnipeg. This year's MHSAA and Winnipeg Sun poll ranked him as one of the top ten players in the province, touting that his shooting ability and defence makes him "one of the top university prospects graduating this season."

Jensen's stats bear that out, as he's coming off a season where he averaged over 25 points per game with the Huskies, along with seven rebounds and seven assists. The 6'4" combo wing was part of a 2018 junior varsity team that went undefeated (25-0) on their way to a provincial championship. Jensen was an MHSAA provincial all-star that season.

The Winnipeg-born player also has ties to Team Manitoba, where he's been a member of both the 15U and 17U teams. He's played club ball with the Junior Bisons program and has been an honour roll student at Sturgeon Heights.

"We are very excited to have Sam join our program," said Bisons head coach Kirby Schepp, who enters his 12th season in 2020-21.

"He's received outstanding coaching from Marlin Kraus with the Junior Bisons and Stephen Tackie at Sturgeon Heights. He combines size for his position, athleticism, and outstanding shooting ability while being a great student. He will fit in perfect with the rest of the guys and the culture we have established at Manitoba."

"I'm excited to join the Bisons program," said Jensen in a statement. "I'm looking forward to taking my game to the next level and thankful for all the great coaches over the years, especially Marlin Kraus and Stephen Tackie, who have helped me become the player I am today."

Bisons men's basketball is coming off a 2019-20 season that saw them finish 16-4 in the regular season, their most wins since joining Canada West. They qualified for the conference semi-final but lost a tightly contested game in overtime to the Alberta Golden Bears. 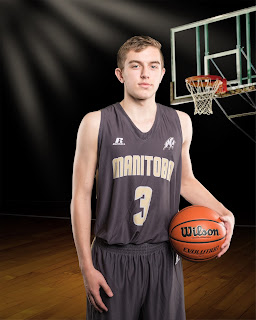