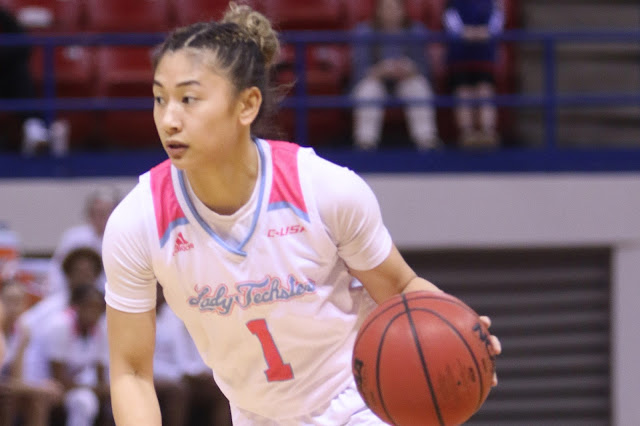 FRISCO, Texas – Louisiana Tech junior Raizel Guinto and Manitoban, has been the first one off the bench for head coach Brooke Stoehr and the Lady Techsters all season.

On Tuesday Guinto was honoured for her effort on the court as she was voted the 2020 Conference USA Co-6th Player of the Year by the league coaches. She joined Old Dominion’s Aziah Hudson as the co-recipients of the award.

Guinto averaged 8.8 points, 3.0 rebounds, 2.8 assists and 1.6 steals per game this season while hitting 62 three-pointers and shooting 79 percent from the free-throw line. She recorded 13 double-digit scoring games, including a career-high 20 in the regular-season finale at WKU.

Her 62 three-pointers made are the fifth most in a single season in Tech history and she ranks 9th in career three-pointers made with 120. She needs just four more to most past current LA Tech coach Brooke (Lassiter) Stoehr and Erica Smith Taylor and into seventh place.

In league-only games she averaged 8.9 points, 3.3 rebounds, 2.7 assists and 1.5 steals while hitting 42 three-pointers. She ranks among the Conference USA leaders in three-pointers made per game.

Guinto will lead LA Tech into the 2020 Air Force Reserve Conference USA Tournament in Frisco. The Lady Techsters open the tournament Wednesday at 11:30 a.m. against UAB in a game that will be on ESPN+.