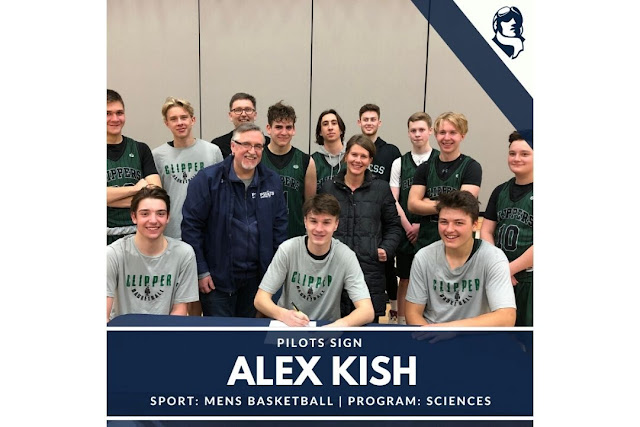 Despite the season just ending, the Pilots Head Coach Pierre Dubreuil has already been hard at work this off-season. Coach Pierre announced early this week that he has signed the first player of the off-season, Alex Kish.

Coach Pierre had this to say about his first signing of the year: "We are really happy to add Alex to our 2020 roster! Alex is a passionate player who has a lot of motivation to get better on and off the court. I’m sure he will be a great asset for the team at the guard position.”

Alex comes from Dauphin, Manitoba and intends on studying Science here at Providence.

Former coach, John Marshall commented on Alex by saying “Alex has been a great player and teammate throughout his basketball journey. He has consistently played at a high level on both defence and offence, while demonstrating an intelligent approach to the game. His sportsmanship and love for the game make me very proud. I have thoroughly enjoyed working with Alex and am extremely honoured to have been his coach since grade seven. I wish him all the best in his future endeavours.”