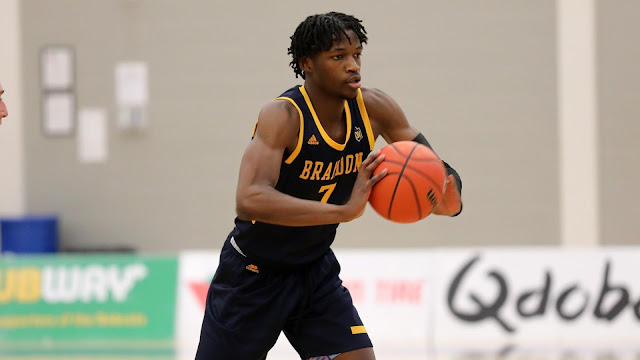 The standout from Gatineau, Quebec was named to the U SPORTS All-Rookie Team on Wednesday. The newest accolade for Tsegakele follows his Canada West rookie of the year award and being honoured on the conference all-rookie team.

"Anthony embodies what a Bobcat student-athlete should strive to be," said Director of Athletics and Community Engagement Russ Paddock. "He had a tremendous impact on the court and is a humble, hard-working young man. We are proud of what he accomplished and look forward to what the future holds for him."

Tsegakele led the Bobcats in scoring and rebounding and posted 15 double-doubles. He finished third in the country in rebounds per-game at 11.9 boards per-game.

Brandon's five-game winning streak down the stretch to secure a playoff spot was built around Tsegakele's terrific play. The six-foot-six forward had a 15-point performance as BU nearly knocked off a veteran Victoria Vikes team in the first round.