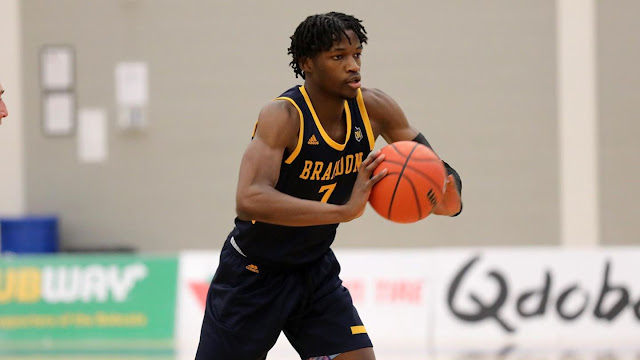 Following his outstanding rookie season Anthony Tsegakele has been named to the Canada West all-rookie team.

The Gatineau, Que. product was impressive in his freshman season, registering 15 double-doubles in 20 conference games and finishing 10th in scoring (17.4 ppg) and second in rebound (11.9 rpg).

"We are very proud of Anthony and, as cliche as it sounds, it really couldn't happen to a nicer student-athlete," says coach Gil Cheung.

"The energy and effort that he brings each day to skill workouts, weights, and practices I haven't seen before. He is always working on something to become a better player and also looking for ways to help the team improve through the year. His versatility on both ends of the court make him one of the toughest matchups in our conference as well."

Tsegakele helped the Bobcats get back to the post-season after a five-game win streak late in the conference season.

The major award winners for Canada West basketball are to be announced Thursday, February 27.