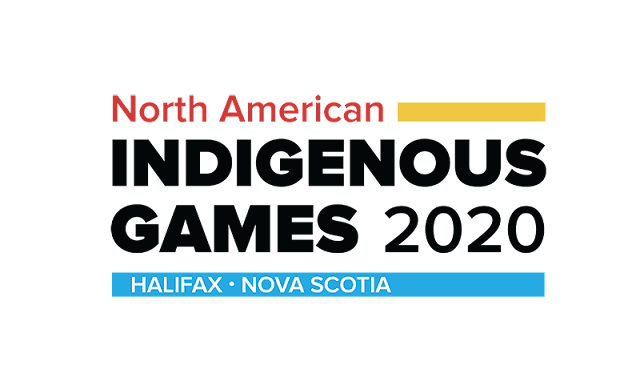 The Team Manitoba basketball rosters for the 2020 North American Indigenous Games (NAIG) have been announced the Manitoba Aboriginal Sport and Recreation Council.  Manitoba will be sending 6 basketball teams to the Games which are set for July 12-18, 2020 in Halifax, Nova Scotia.

Good luck to the following players and coaches this summer at the Games! 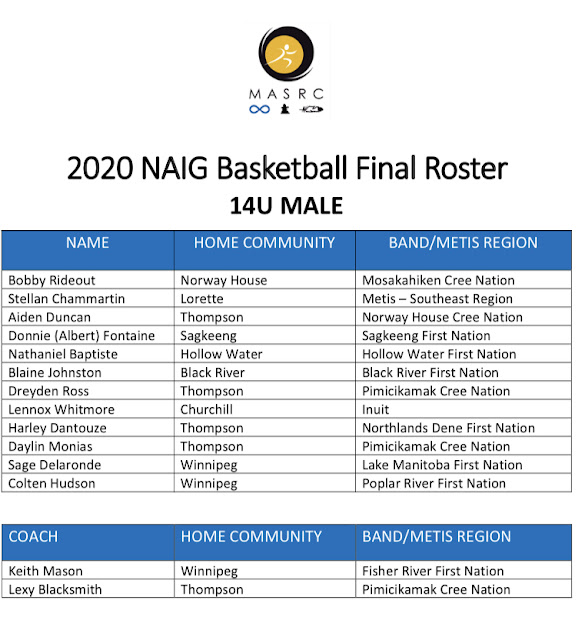 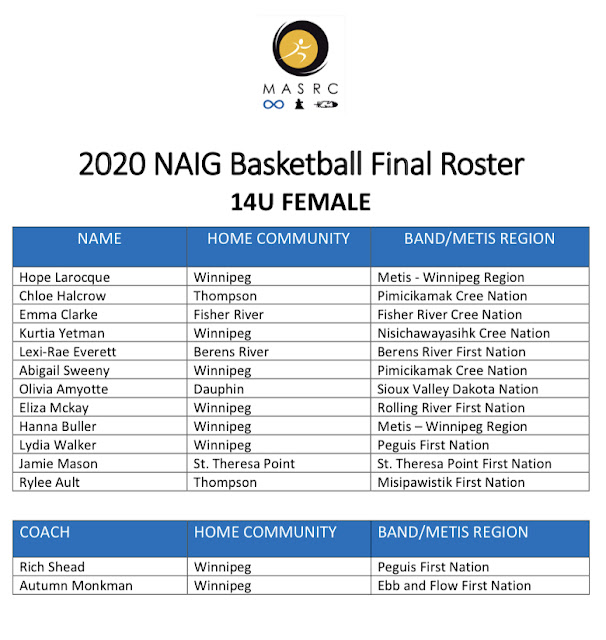 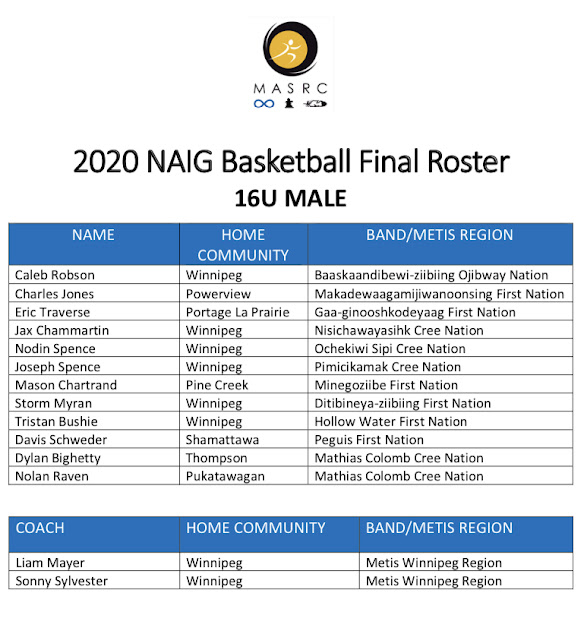 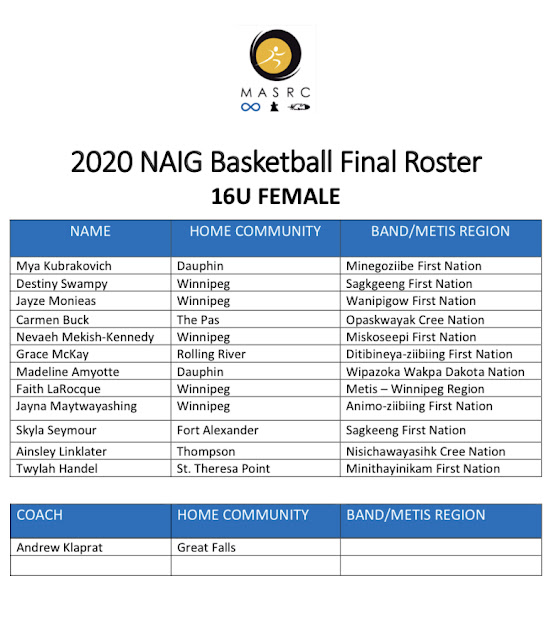 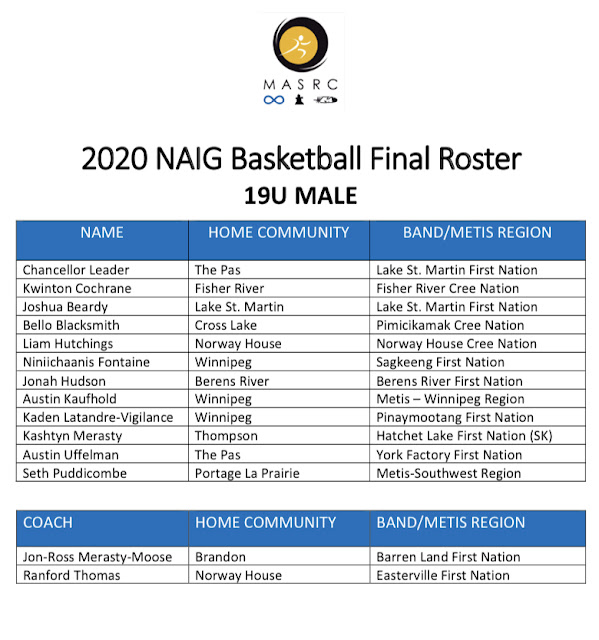 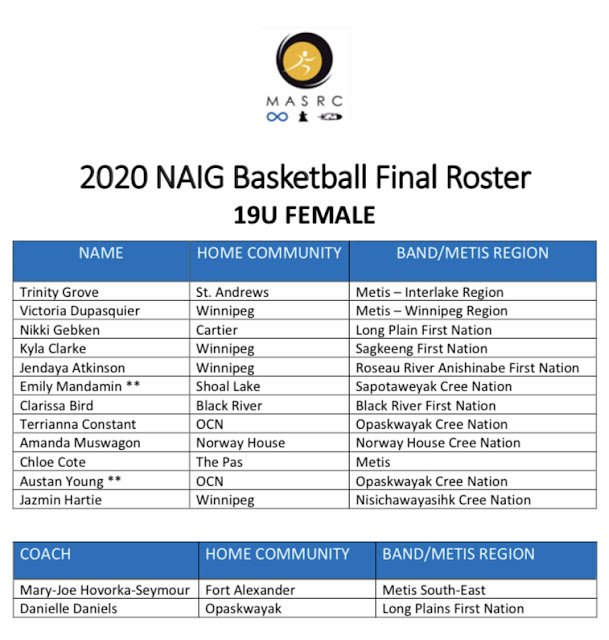